On Disney XD’s “Star Wars Rebels” the crew of The Ghost make up some of the earliest members of the rebellion against the oppressive empire. It’s a previously untold story set between Episode III and IV and after one season it feels as much a part of Star Wars canon as any of the movies.

If you’re like this household and really looking forward to season 2 of Star Wars Rebels, you’ll want to make your way to New York Comic Con on October 8. Attendees will receive an sneak peek at the upcoming season of the show. Also scheduled is a panel discussion with special guests and previews of two new episodes from the series.

As we saw at the end of Season 1 and in the mid-season movie “The siege of Lothal”, the crew of the Ghost has grown in efficiency at being rebels and are drawing attention from the top level of the Empire. That means Darth Vader and Grand Moff Tarkin have been tasked with eliminating them. But the rebels are still seeking out new friends, reconnecting with old ones, and making new alliances to help bring down the empire.

What will become of our plucky group of rebels? We know that Ahsoka Tano makes her return in season two, we also need three clones from the animated series “Star Wars: The Clone Wars” (Captain Rex, Captain Gregor, and Commander Wolffe). Of course, Chopper, Sabine, Kanan, Ezra, Hera, and Zeb will be back and up to their usual tricks.

Are you a fan of Star Wars Rebels? Pre-order Season 1 on Amazon and catch up with the show before it returns this fall. Finally check out this new poster with keyart from Season 2. Are you getting excited? 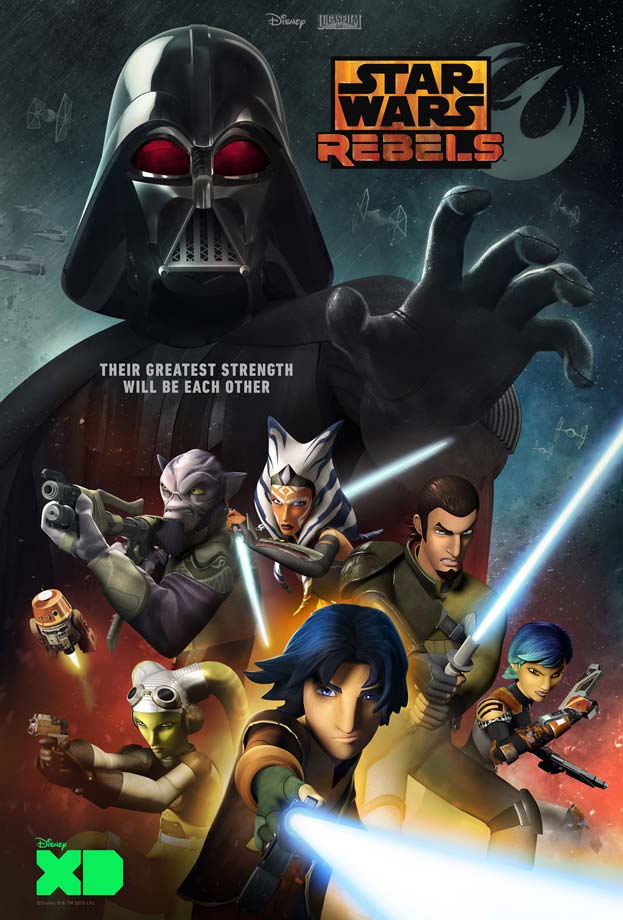