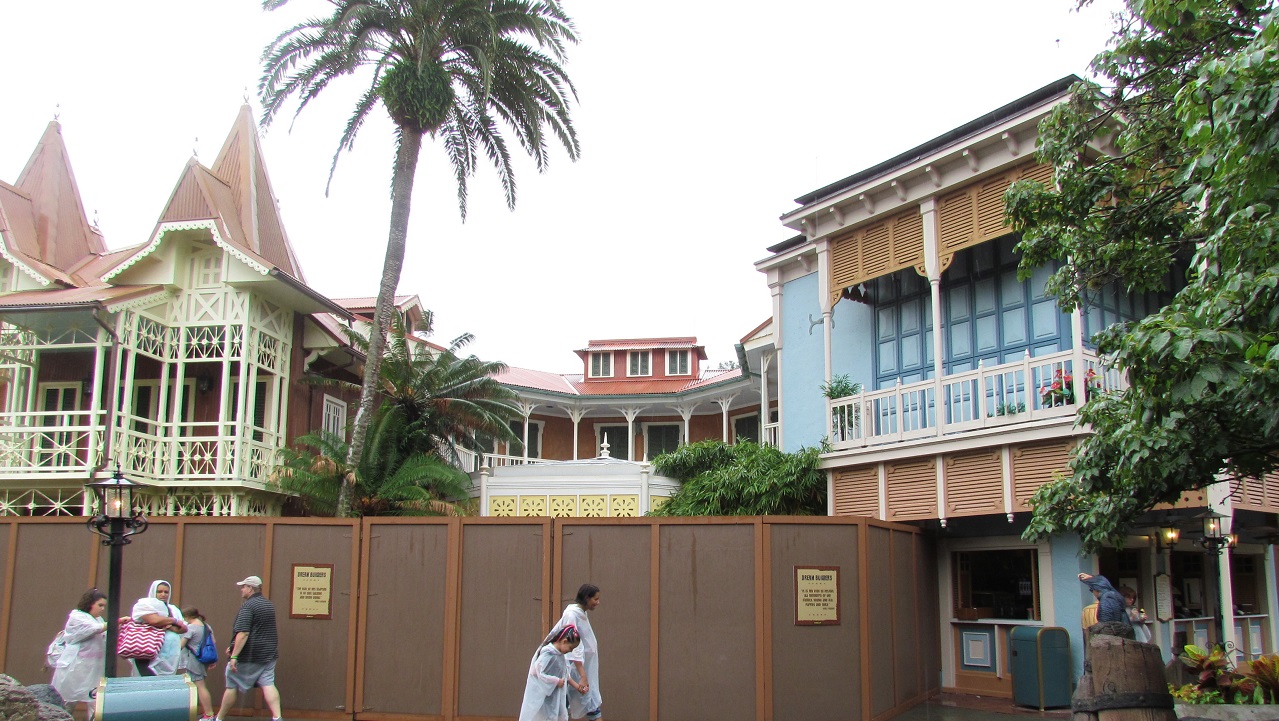 An old restaurant space is getting new life in a current remodeling project. The Adventureland Verandah had been turned over to a meet and greet space, but is now getting remodeled to house a much needed new dining location inside the Magic Kingdom.

No opening date or name has been announced. The rumor is that it will be Jungle cruise themed, as if the Jungle Cruise skippers had opened a restaurant as an additional source of income. It’s also rumored that there will be some interactive elements to the new restaurant. But again, nothing official.

Here’s our latest look at changes to the restaurant.

We don’t see much from the front in Adventureland, but from the bridge to Liberty Square, we can see the expansive remodeling that is adding restrooms and more storage to the space. It will share a kitchen with Liberty Tavern, which itself is currently down for remodel. When it opens it is expected to be similar to Be Our Guest with quick service for lunch and sit-down dining for dinner. It might also be the second location inside the Magic Kingdom to serve alcohol.

What do you think of the progress so far?