Buyers not warned Disney’s MagicBands won’t work after battery dies, no way to replace it 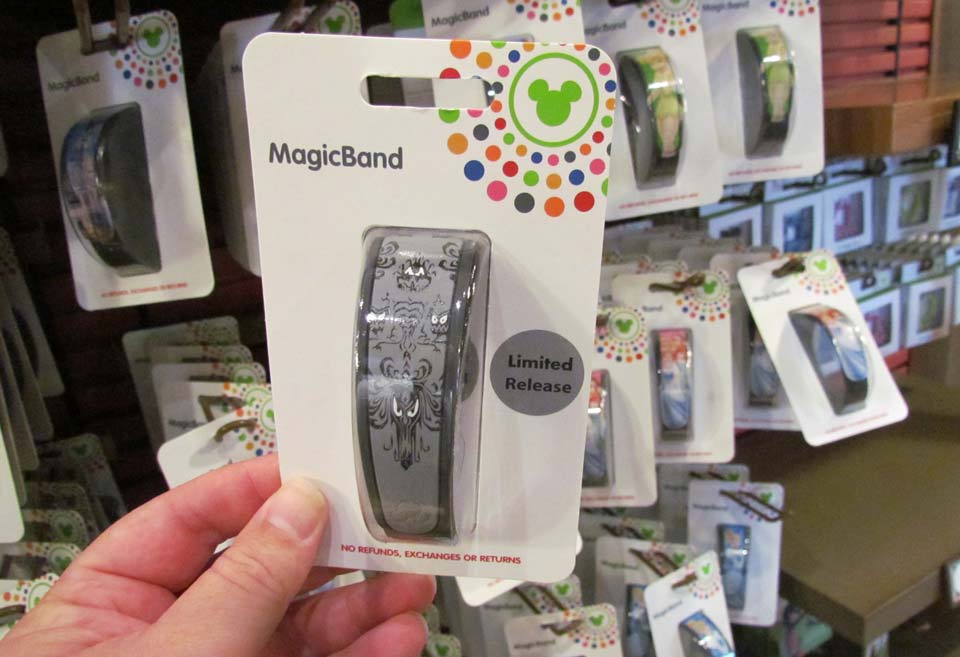 I’m a little surprised this issue hasn’t arisen before now. Recently, a Disney collector friend of mine was complaining how they just discovered the Limited Release Haunted Mansion MagicBand wouldn’t let her replace its battery. Each MagicBand has two RFID chips in it a passive chip (good for near field communication like when you put your magic band against the Mickey Head Icon to enter the park or a Fastpass+ queue) and an active chip (one with a signal that can be picked up at a distance). The passive RFID chip is all you need to get in the park and use Fastpass+, but if you want to take advantage of some of the MyMagic+ features (like having special photos of you on a ride magically appear in your account or having your food magically appear at your table, even though you didn’t know where you’d be seated when you placed your order), then you need the active chip.

The battery that runs the active RFID chip has a life of about 2-3 years and my friend was upset the rare MagicBand they had purchased would no longer work its magic once its battery died. With no way to replace the battery, that pretty much ends its usefulness. As a life-long Haunted Mansion fan they were very disappointed in the very short life of the MagicBand before it gave up the ghost.

There are all sorts of good reasons for Disney to make a Magicband that is nearly impervious to the hazards of a theme park. Wear in the pool, run it over with a stroller, leave in your hot car and your MagicBand will still work. But to then turn around and sell a themed or limited edition MagicBand that will be effectively useless in two years or less (depending on how long the device has been sitting on a shelf before being sold), that’s something else entirely.

If you buy it at the park, there’s nothing on the packaging indicating that it will be non-functional after 2-3 years. Nor is there any warning in the long legalese disclosure if you purchase a MagicBand online at The Disney Store.

There isn’t even anything on the DisneyWorld.com help section that mentions the length of time your MagicBand will function, only some vague terminology about it must be in working order.

The good news, is that as an Annual Passholder you get a new generic MagicBand every time you renew. In fact, when we were handed our new MagicBands, the cast member recommended we discard the old one as it may not function as intended when the battery dies. As a Disney resort guest, you can have a new generic MagicBand for each time you stay on property (you can also just tell them you’ll help save the planet and keep your old one, if that’s what you want).

There are reports online that users who were part of the early test group of MagicBands almost 2 years ago report their active RFID batteries are still functioning and that the special MyMagic+ features still work. That’s great. However the batteries will eventually die, even if Disney doesn’t know exactly when.

I think Disney should be much more upfront that those collectable bands, that cost $20, $25 or more, will only be partially functional after their battery wears out. Even something as simple as “Warning: technology in this device may expire or cease to function due to incompatibilities with future servie upgrades” (have the lawyers fight it out) on the package would help. If a guest read that, said guest might instead decide to buy a MagicSlider or MagicBandit to decorate their free MagicBand. Those, at least, can be transferred when the old MagicBand stops functioning as designed.

What is your feeling about the limited release MagicBands? When you buy a MagicBand do you expect it to work on all your future visits?