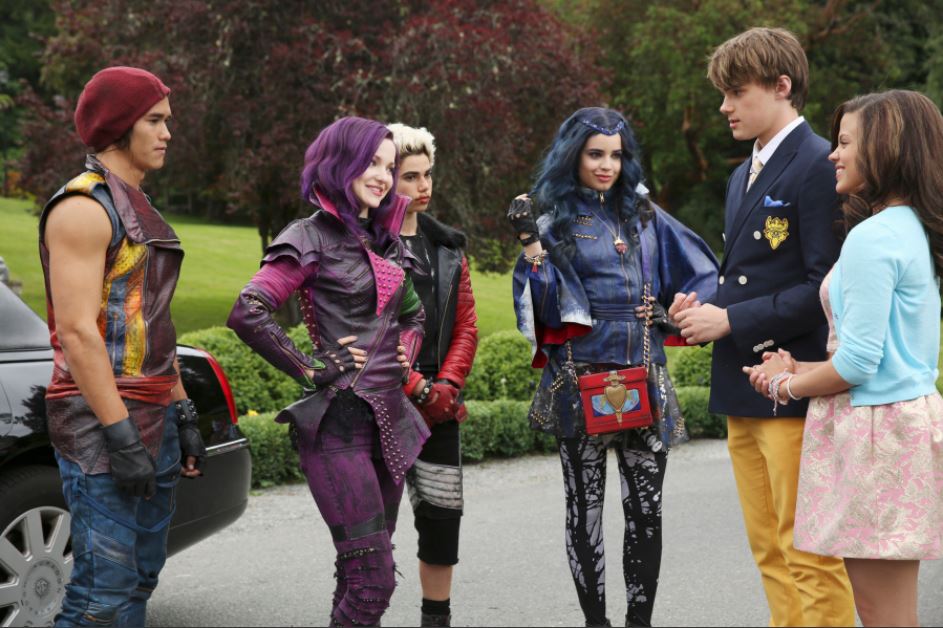 We’re a week away from the debut of Disney Channel’s take on the old good versus evil fairy tale story. Disney’s Descendants, set in the idyllic kingdom of Auradon, playfully presents the unexpected possibilities of what happens after the “happily ever after.”

Below, Kenny Ortega, the director who brought you High School Musical, shares with us the first 6 minutes of the next hit Disney Channel Original Movie, Descendants.

As the story unfolds, Ben, the benevolent teenage son of the King and Queen (Beast and Belle from “Beauty and the Beast”), is poised to take the throne. His first proclamation is to offer a chance at redemption to Mal, Evie, Carlos and Jay, the trouble-making offspring of Maleficent, the Evil Queen, Cruella de Vil and Jafar, who have all been sequestered on the forbidden Isle of the Lost for 20 years. These villainous descendants are allowed into Auradon for the first time to attend prep school alongside the teenage progeny of Fairy Godmother, Cinderella, Sleeping Beauty and Mulan.

Are these villainous descendants rotten to the core? Tune in to Disney Channel on Friday, July 31 at 8p to find out!