In “Captain America: Winter Soldier,” Anthony Mackie’s Falcon character rockets around in a jetpack with wings to save the day. By the end of “Avengers: Age of Ultron,” Falcon is a full-fledged Avenger. He even puts in a cameo in Marvel’s “Ant-Man.” But even an Avenger needs some R&R. So it was great to see Mackie visiting Walt Disney World last week while on vacation with his family. 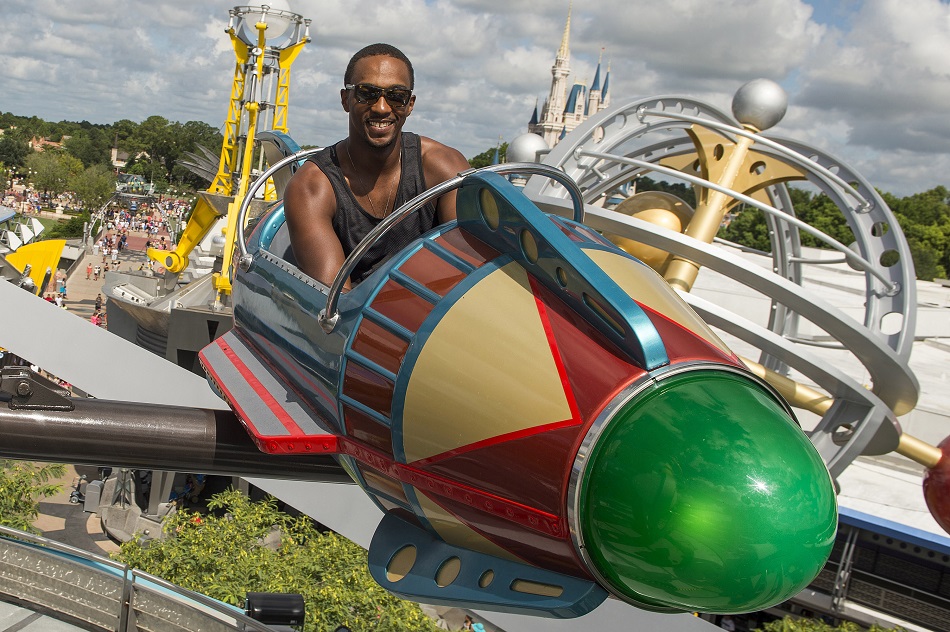 What better vehicle than an Astro Orbiter rocket for Marvel’s Falcon? I wonder if this violates Universal’s rights on Marvel attractions in Orlando theme parks? ;)

Mackie has recently been in and around Atlanta filming scenes for “Captain America: Civil War.”