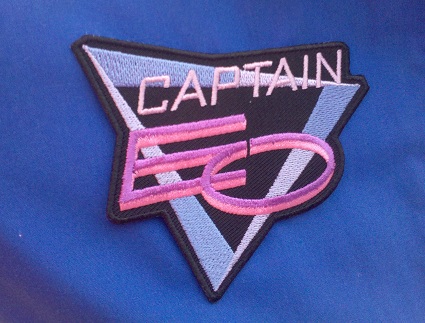 The sneak preview of Pixar’s “Inside Out” is gone from EPCOT’s Imagination pavilion. As of July 2nd, the Captain EO tribute performance was back. That’s good news for fans of the collaboration between Francis Coppola and George Lucas.

In 2010, Disney brought Captain EO back as a tribute to Michael Jackson after his death in 2009. Earlier this year, the show was once again put on hiatus to make way for previews of Disney’s “Tomorrowland” and Pixar’s “Inside Out.”

Hopefully they gave the theater a little TLC during the latest transition. When I was there for the “Tomorrowland” preview, I noticed that some of the infrastructure for in-theater effects had been removed (such as the water spray from the seats). Plus the earlier revival did not include the in-theater laser or starfield effects. Let’s bring those back.

I’m happy that Captain EO is back, but Disney really needs to come up with a new plan for the Imagination Pavilion. The idea of a 4D theater is not a bad one, but how its being utilized right now is not up to the standards of modern Disney Imagineering. Really that goes for the whole pavilion.

Will you go see Captain EO now that he’s returned again to EPCOT?