Summer is a busy time for celebrities to visit Disney’s theme parks. The latest VIP spotted at Disney is actor-comedian Tracy Morgan (joined by fiancée Megan Wollover and daughter Maven Morgan) who took flight July 2, 2015 on Dumbo the Flying Elephant at Magic Kingdom. 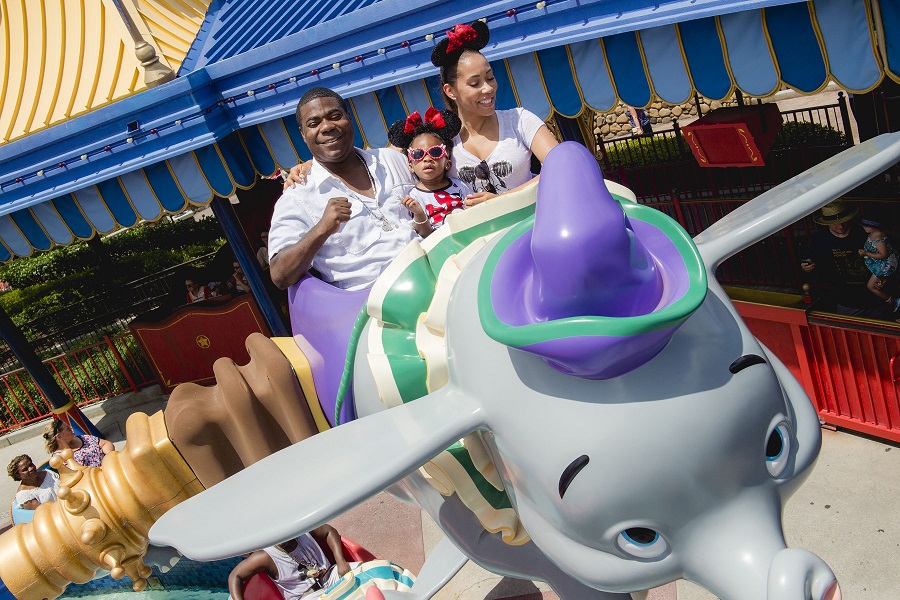 The family celebrated Maven Morgan’s second birthday at Walt Disney World. Just over a year ago, actor-comedian Tracy Morgan was involved in a six-vehicle accident that killed his friend and mentor James McNair and nearly took Morgan’s own life. A Disney vacation is a much better way to celebrate your child’s birthday than recovering from a major accident, don’t you think?