Your 4th of July options at Walt Disney World 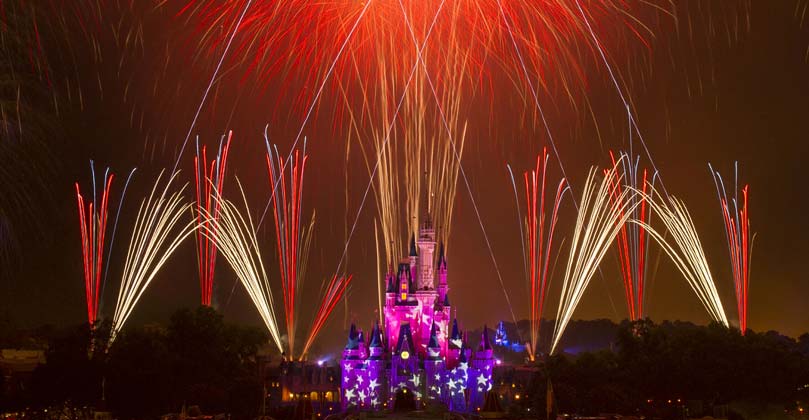 Update: Disney revised the time of EPCOT’s July 4th fireworks and removed the fireworks on the 3rd from the schedule.

There’s no better place to celebrate our nation’s Independence Day than the Americana-infused resort of Walt Disney World. From Characters in special attire, special souvenirs, to patriotic fireworks displays, it really is the place to be to honor America’s birthday. In fact, it’s so good, Disney has expanded the celebration to two days. July 3rd and 4th.

Here’s where to find patriotic firework displays the evenings of July 3 and 4:

Epcot features a few additional festivities on July 4 to add to the flag-waving spirit of the holiday. The Voices of Liberty perform a Fourth of July concert at the America Gardens Theatre at 12:30, 1:45, and 3 p.m., and in the American Adventure pavilion at 4:15 and 5 p.m. The celebration proceeds on a high note with the Sounds Like Summer concert series onstage at the America Gardens Theatre featuring “Don’t Look Back – A Boston Tribute Band,” with performances at 5:15, 6:30, 7:45 and 9 p.m. Special patriotic character greetings also are available at various times throughout the day.

The Fourth of July fun continues at the Walt Disney World resort hotels. They will host patriotic poolside activities throughout the day for resort guests, including Fourth of July-themed crafts and games, pool parties and movies under the stars at select resorts.

What are your plans for the fourth of July?

previousHow internal rivalry at Disney animation impacted The Lion King and Pocahontas
nextA modest rebuttal to Disneyland’s proposal to spend $1 billion on an expansion in Anaheim.