A modest rebuttal to Disneyland’s proposal to spend $1 billion on an expansion in Anaheim. 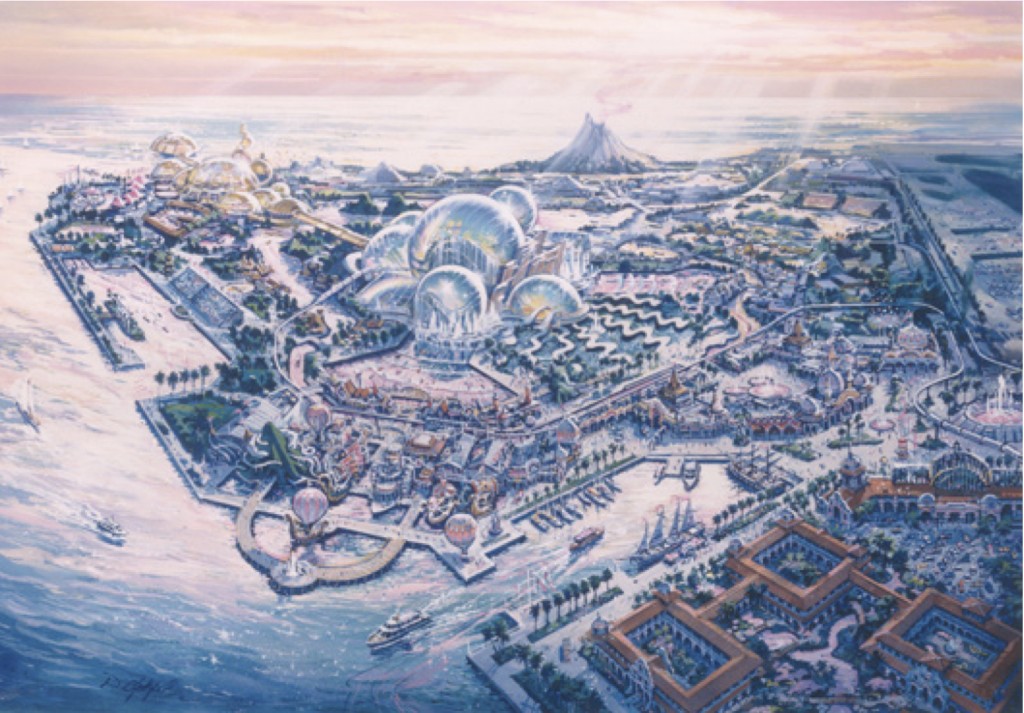 Back in the day, when the only theme park in Anaheim was Disneyland, the Walt Disney Company had a vision–a vision of a second Disney theme park in Southern California. They were going to build the biggest, most beautiful theme park ever and place it in Long Beach? Huh? Yeah. Port Disney, the original version of DisneySeas, was intended to be constructed in Long Beach. That was 1991.

Also in 1991, Disneyland introduced the idea of WestCOT as a potential second gate for the Disneyland Resort, a theme park that would go right in the parking lot for Disneyland. 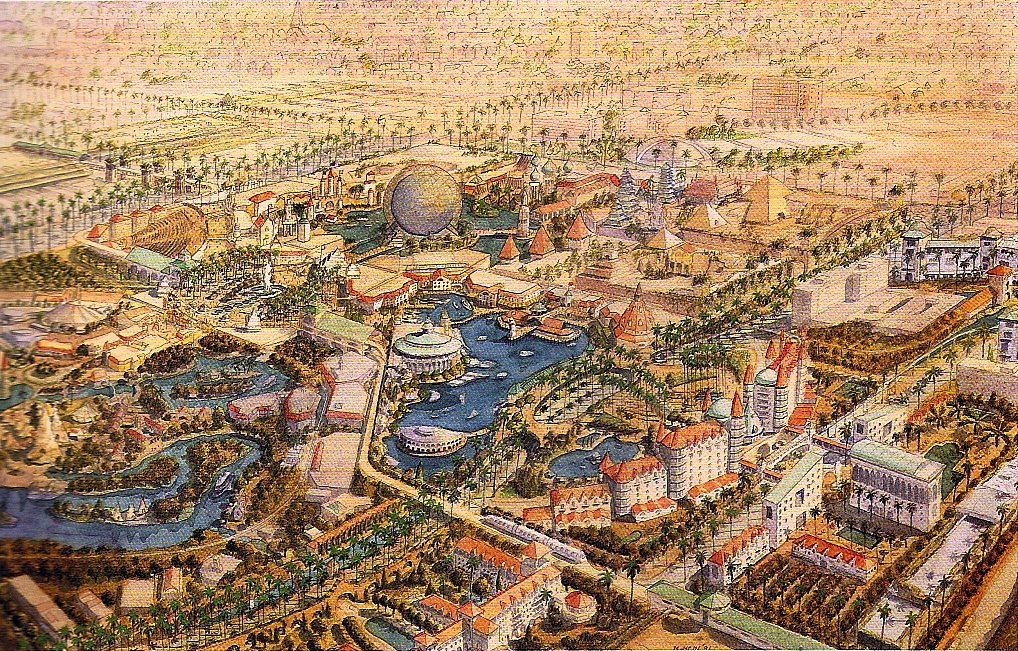 In the end, Disney played off Long Beach and Anaheim to see who could come up with the better package of incentives (tax breaks, infrastructure improvements, etc). Eventually Anaheim won out, but the joke was on them. They didn’t get the amazingly conceived WestCOT $3 billion project, instead they got California Adventure, a theme park build on the cheap, with a lot of off-the-shelf attractions and more stores and restaurants than you could shake a stick at. Eventually Disneyland had to spend more than $1.2 billion to fix DCA bringing the park to the standards that it should have met in the beginning just to get guests through the gate.

The new management at Disneyland must be hoping they can pull the wool over the eyes of Anaheim once again. They’re promising to build a $1 billion-plus expansion of the Disneyland Resort (attractions, another parking garage, and street improvements) but they want more concessions from Anaheim. Essentially they want to cap Disneyland’s taxes at the same level (zero) for another 30 years. Here are the details according to a release from the Anaheim City Council.

It’s an interesting proposition. In theory, attracting more visitors to Anaheim will increase the tax revenue from said visitors, and yet, Disney wants to carve itself out from that.

Now, this expansion won’t include a new gate and only the new parking lot would be built outside the existing areas of the resort. A $1 billion investment would create jobs, and revenue for other businesses in the resort district. But does Disney really need the tax exemption to do it?

If I was on the Anaheim city council, I’d be very tempted to say no. Disney has legitimate needs to expand right now. They need to find ways to fit the Star Wars and Marvel franchises into the parks and need to increase capacity to meet increased demand for the parks. Plus Disney needs to keep up with the Joneses. Universal Studios Hollywood is in the middle of a huge expansion and threatens to soak up some of the tourist market in Los Angeles. Disney really needs to offer something new of their own to compete.

All that means, there’s a very good chance that Disney would build this expansion anyway, even if they don’t get the package of tax incentives they’re asking for. I’m not seriously suggesting that Anaheim not work something out with Disney. But they also need to remember that Disney already played them over WestCOT.

What I would push for is a committment for a third gate in the next 5 years. Heck, Anaheim could even promise land for the park a very reasonable price. $1 billion in development may be nice, but an attraction or two that Disneyland was going to build anyway, isn’t a prize. A theme park that brings an extra 30,000 guests a day, all the extra nights hotel stays, and all that tourism revenue into the city’s coffers, now that’s something a city could get behind.

Disney has the cash, they’re building a huge park in Shanghai, but China’s picking up the tab for that. So they can afford to drop $2 or $3 billion on Anaheim. After all, it’s the place where theme parks were invented. It deserves the best. Don’t you agree?

8 thoughts on “A modest rebuttal to Disneyland’s proposal to spend $1 billion on an expansion in Anaheim.”