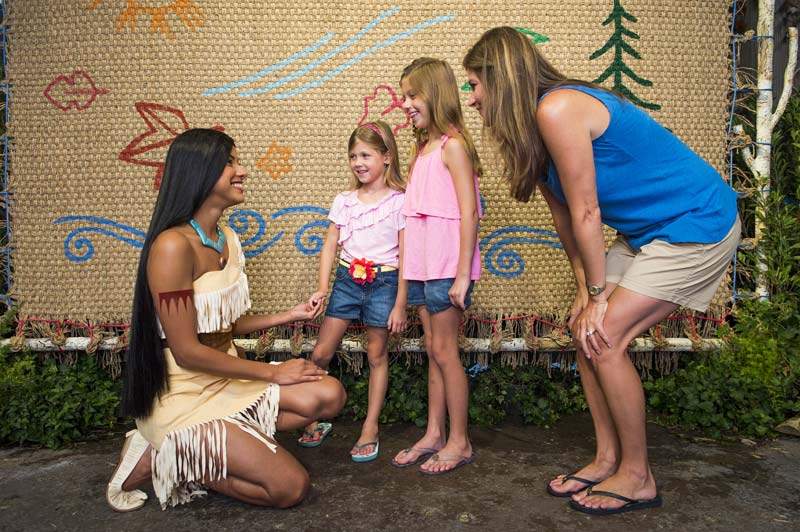 After Camp Minnie Mickey closed to make way for the tall blue people from the Worlds of Pandora, Pocahontas had been meeting guests on the walking trail behind the tree of life. It was a great spot, but hard to find for some guests. Now Pocahontas has a new location at the Discovery Island Character Landing with a setting inspired by her spirit of adventure. 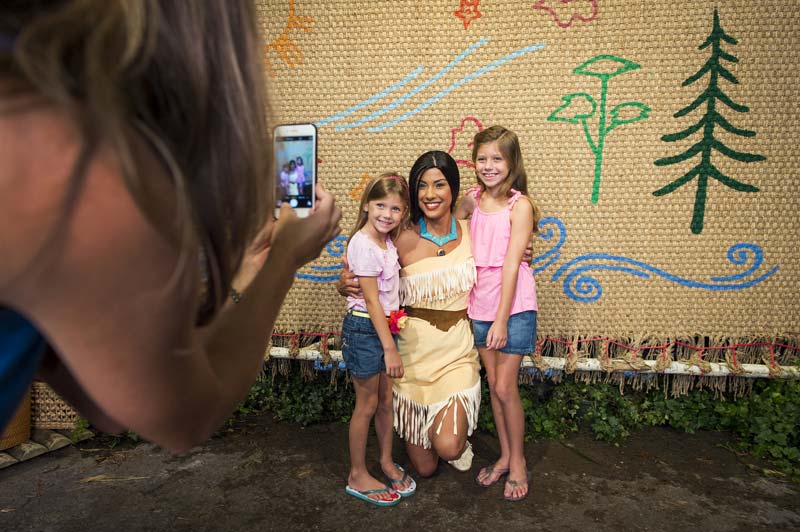 Disney’s Animal Kingdom has also the exclusive home to several other Disney walk-arounds. Rafiki from The Lion King is often at Rafiki’s Planet Watch, Dug and Russell from Pixar’s “Up” are near the entrance to A Bug’s Life and Baloo and Louie can be found on the pathway between Asia and Africa. I’ve also heard a rumor that Tarzan is again making appearances at the park.

Who is your favorite character to get a photo with at Disney’s Animal Kingdom?