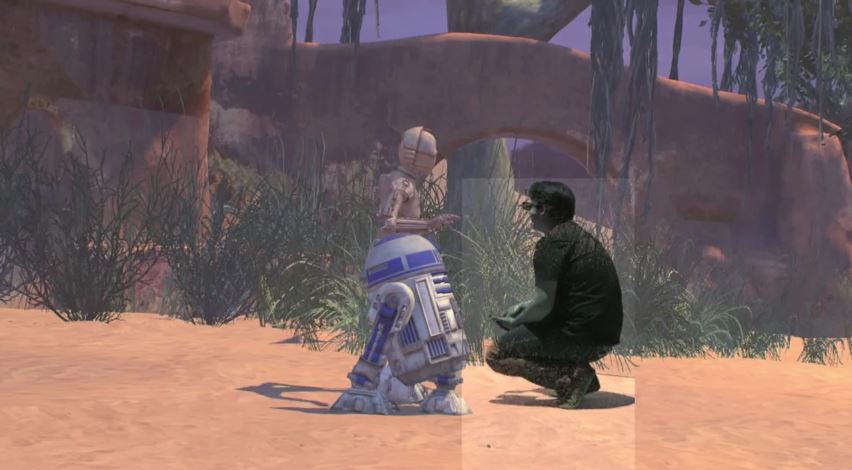 With the acquisition of Lucasfilm, Disney also picked up one of the true innovators in digital effects and film technology – Industrial Light & Magic (ILM). ILM may have been worth the whole $4 billion price tag themselves. Of course, now that they’re part of The Walt Disney Company, it’s time for ILM to spread its wings a bit and see what sort of synergistic development it can contribute. Hence their newest division – ILM Experience Lab (ILMxLAB).

One of the coolest things to already come out of ILMxLAB has tremendous potential in Disney’s theme parks. They’ve been working on new entries into the Star Wars universe using virtual reality, augmented reality, real-time cinema, and theme park entertainment:

While this tech will eventually find its way into the home, according to Lucasfilm execs the initial, most high-end experiences, will be in the theme parks. Could Disney be waiting for this technology to become theme park ready before announcing what how they’ll be expanding the Star Wars presence in the theme parks?

Hopefully Walt Disney Imagineering will be able to take this new partnership and do some amazing things with it.