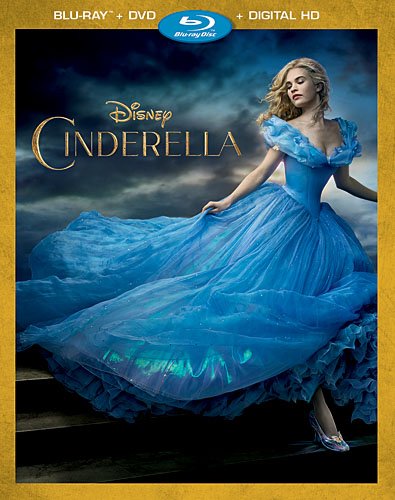 Disney’s Cinderella, a live-action remake of Walt Disney’s animated classic, will be on store shelves in DVD/Blu-Ray combo pack as of September 15, 2015. The DVD will contain over 12 minutes of additional Scenes, including an alternate opening, plus the “Frozen Fever” theatrical short.

Director Kenneth Branagh introduces our first look at an alternate opening for the film and explains why it was dropped:

Celebrate Disney’s “Cinderella,” a modern classic that shines with beauty, imagination…and magic! Despite being mistreated by her stepmother (Cate Blanchett) and stepsisters, a spirited Ella (Lily James) resolves to take charge of her fate. Add a royal ball, a Fairy Godmother (Helena Bonham-Carter) and a glass slipper, and suddenly – magic becomes reality!