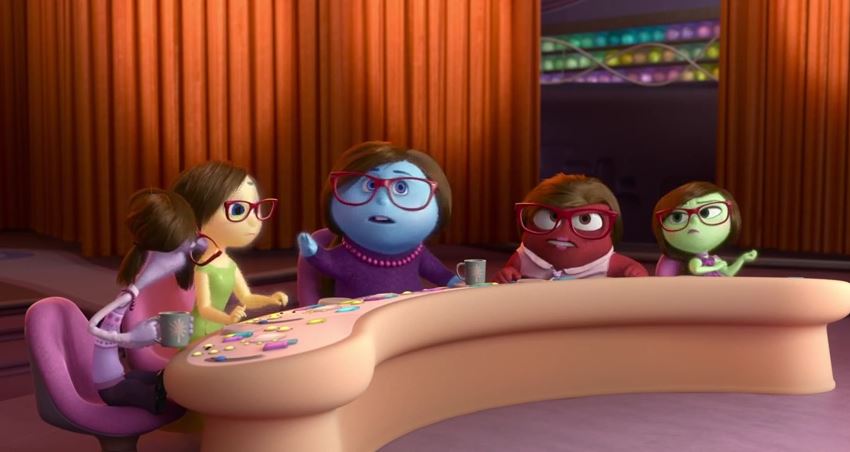 One of the great conceits of Pixar’s Inside Out is that every one is ruled by their emotions. (Vulcan’s need not apply.) The subtle differences between the character’s emotions give you a good idea of how that character deals with the world.

Check out this clip, where we have an encounter with the emotions inside Riley’s mom’s head:

Disney/Pixar’s Inside Out opens in theatres June 19th.

From an adventurous balloon ride above the clouds to a monster-filled metropolis, Academy Award®-winning director Pete Docter (“Monsters, Inc.,” “Up”) has taken audiences to unique and imaginative places. In Disney•Pixar’s original movie “ Inside Out,” he will take us to the most extraordinary location of all—inside the mind.