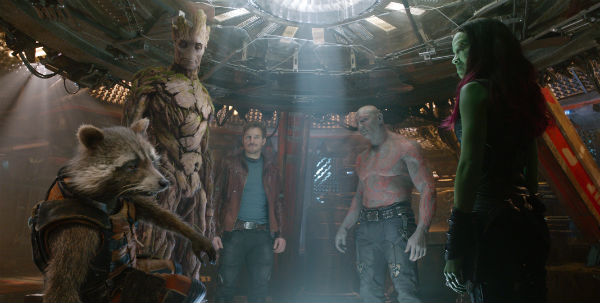 As reported on Director James Gunn’s Facebook page, he is now finished with the script for Guardians of the Galaxy 2.

Phew. After 48 days straight without a day off, the the first draft of #GotG2 is done. I’m sorry to all my friends and family who I have ignored.

“I told Marvel what I wanted to do, and they said okay. They gave me nothing. That said, I already know where things are basically going. But the important thing to me is GotG2 only right now – making it a great movie,” said Gunn.

Earlier treatments of the script have already been read and approved by the folks at Disney and Marvel. So once this final script gets approved, things should start to happen fairly quickly. That’s important because a release date of May 5, 2017 has already been announced for GotG2.

Although he won’t say much about what’s in the script, Gunn has confirmed that the main cast is returning, including Groot, and that he’s picked all the music for the movie just like he did with the first “Awesome Mix 1” tape. Finally, we’re told that Star-Lord’s father does make an appearance, but we don’t know how crucial that is to the story.

At this point, I think we have to consider that Guardians of the Galaxy is going to be at least a trilogy and likely support several spin off movies and TV shows. Where would you like to see Disney and Marvel take it from here?

1 thought on “Guardians of the Galaxy sequel takes major step”