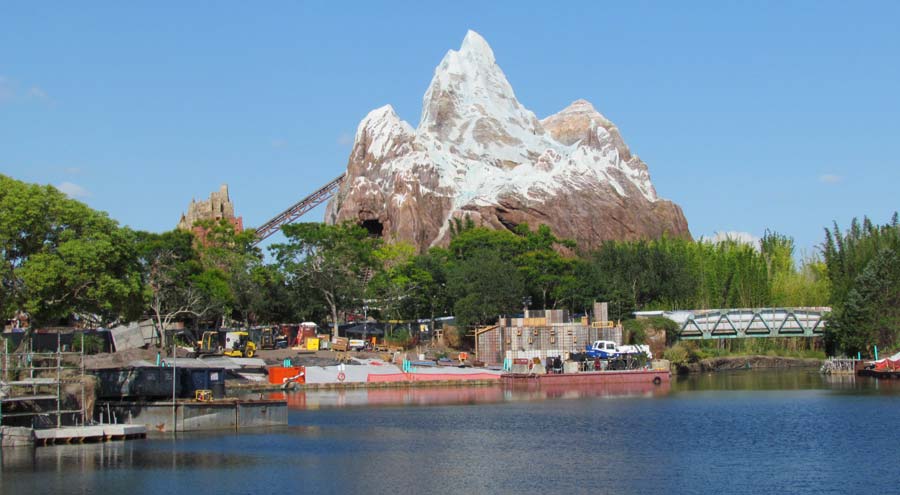 Work continues on shaping the viewing area and show infrastructure for Rivers of Light, a new water based night show coming to Disney’s Animal Kingdom. Seating will be available on both sides of Discovery River lake between Expedition Everest and the Theatre in the Wild (currently home to Finding Nemo: The Musical).

Imagineers had to design viewing areas where before there was only brush. Making it safe to pour the concrete necessary to support 10,000 or so audience members a performance is taking some time. But there are some signs of change and a few additional bits of infrastructure that will be used in the show.

The show will feature music, floating lanterns, water screens, and animal imagery. It’s also believed there will be some boats. But Disney hasn’t released very many details beyond some concept art. 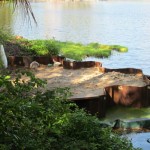 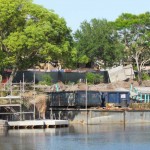 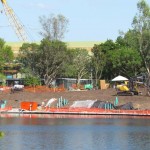 Rivers of Light is part of a new package of entertainment designed to keep guests inside Disney’s Animal Kingdom after dark. There will also be a street party that centers around the Tree of Life on Discovery Island. Kilimanjaro Safari is also getting some upgrades and new animal enclosures to make it ‘nocturnal’ friendly.

Rivers of Light will premiere in the Spring of 2016.