Star Wars Weekends is the Topps 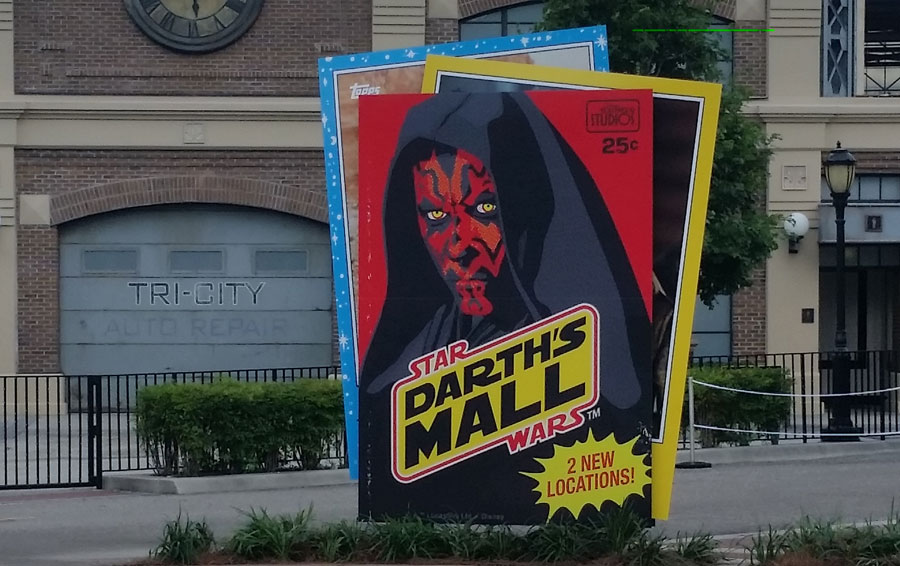 If you visited Disney’s Hollywood Studios for Star Wars Weekends this year, you may have noticed the giant trading cards located on the path to Darth’s Mall. It’s part of a promotion with Topps trading cards.

Topps has been a licensee of Star Wars since the very beginning In 1977 when the first trading cards were released to coincide with the release of the film. Those original Topps trading cards featured the iconic blue starfield design that has since become synonymous with Star Wars. 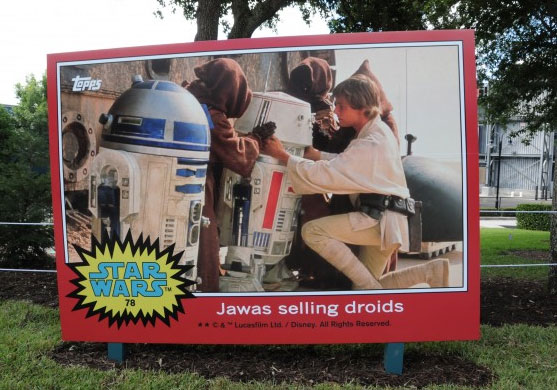 Disney has recreated several billboard sized cards in the vintage Star Wars trading card design to act as signage throughout the park during Stat Wars Weekend. I like the theme because it reminds me of the really cool trading cards that revealed the character names after the first teaser trailer for Star Wars: The Force Awakens. 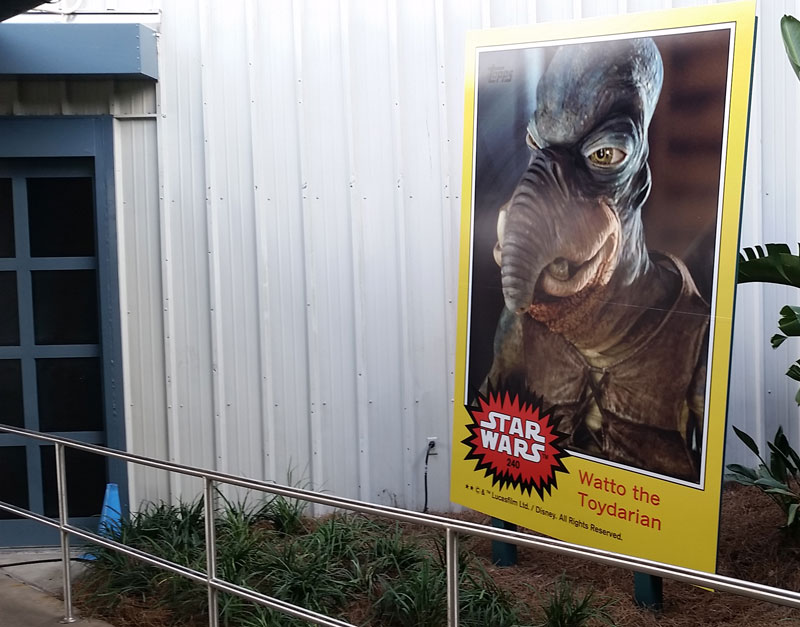 Topps wants all the fans who visit Disney World during Star Wars Weekend to have fun with these oversized cards. Head to Topps’s official Star Wars facebook page for a chance to win Topps Star Wars prizes every weekend throughout Star Wars Weeekdns. 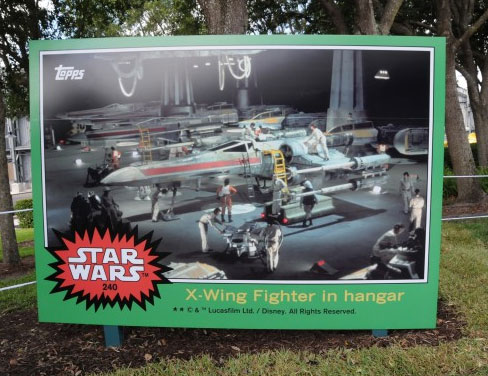 I used to collect the Topps Star Wars trading cards. I wonder if I still have them somewhere. If you have a passion for Star wars, what do you like to collect?

previousWhy your future should include Disney’s Tomorrowland – my review
nextAll-New “World of Color – Celebrate! The Wonderful World of Walt Disney” Fun Facts