What do Marvel’s Cinematic Universe and Star Wars Have In Common? 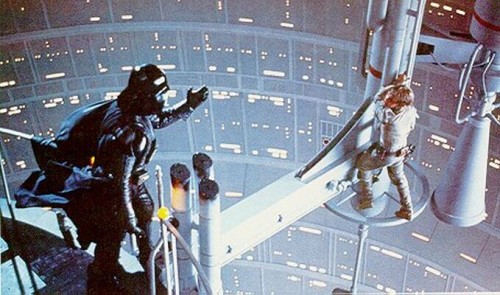 Well, besides being owned by the same company.

Some people have picked up on this trend in Marvel’s Phase 2 movies of characters getting their arms cut off and, of course, that’s a trend in the Star Wars films as well.

Well, it turns out, there’s a connection between the two.

Kevin Fiege sat down with Cinemablend recently and admitted that they got their inspiration from Star Wars.

“So is this a spoiler for Ant-Man… not really. I’m obsessed with Star Wars. Who’s not? I’m 40 years old. I’m in the movie business. I went to USC. So I’m obsessed with Star Wars – and it didn’t start out as intentional, but it became intentional, including that beat that you referenced. It sort of happens in every Star Wars movie, but I was sort of looking at it, ‘Okay, is Phase Two our Empire Strikes Back?’ Not really, but tonally things are a little different. Somebody gets their arm cut off in every Phase Two movie. Every single one.”

So, true believers, who’s losing an arm in Ant-Man?

1 thought on “What do Marvel’s Cinematic Universe and Star Wars Have In Common?”