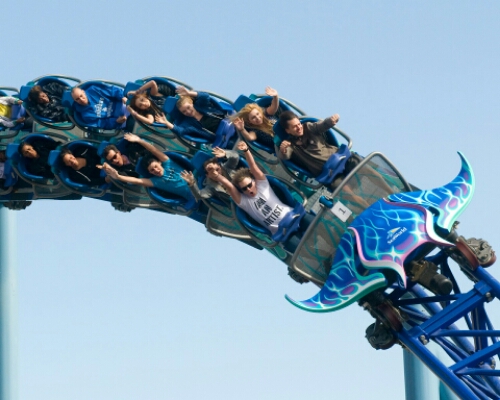 SeaWorld Orlando has just announced a new roller coaster that will be Taller, Faster, and Longer than any coaster in Orlando. It will rise to 200-ft and, go faster than any coasters currently in the park and is rumored to be over 4,400 feet in length. That puts it faller than Sheikra at Busch Gardens Tampa and Faster than Cheetah Hunt (also at BGT).

Here’s the press release from SeaWorld:

Something is stirring beneath the surface at SeaWorld Orlando, preparing to rise from the ocean depths and soar to thrilling new heights. Get ready for the frenzy of SeaWorld’s new 200-foot-tall coaster. In 2016, this thriller will take its place atop the food chain as Orlando’s tallest, fastest and longest coaster. More details on the new addition will surface in late-May. SeaWorld is a one-of-a-kind theme park with a variety of attractions including awe-inspiring animal encounters, thrilling rides and spectacular shows. Follow #nothingfaster as the frenzy starts.

As you can see, no official word on where the coaster will go in the park, but it’s believed the area where the old Beer Garden was located is most available prime real estate. Also no word on a theme or name. Any guesses as to what ocean animal they’ll choose to represent the hashtag #nothingfaster?

Will this be enough of an investment to help SeaWorld reverse its downward attendance trend? Probably not by itself, but it’s a good step.