Buried in the construction paperwork filed by Walt Disney World last month was a relatively non-descript, but large, building. It is believed to be a new black box theater space and will be lightly themed to reflect the studio soundstages in the surrounding area. 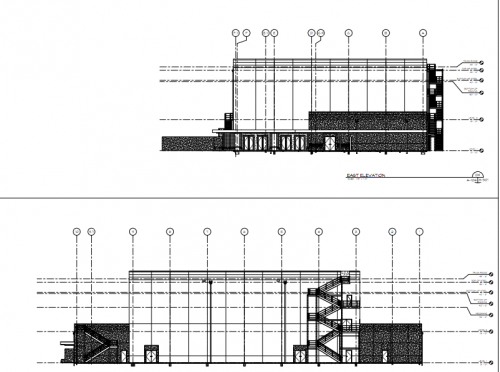 Construction is set for the end of Sunset Blvd in Disney’s Hollywood Studios, in the current parking lot between Twilight Zone Tower of Terror and Rock’n’Roller Coaster. This space has been used as the finish line for races, the old ESPN The Weekend event, and played host to Darth’s Mall during Star Wars Weekends. 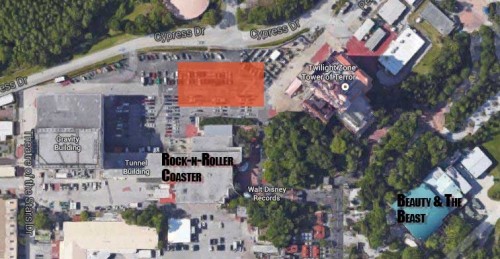 This is one of the expected dominoes that needed to fall in order to make way for the reported major remake coming to the other side of DHS.

We already knew that Premiere Theater would close after The Frozen Sing Along that currently plays in the location finishes its move to the recently renamed Hyperion Theater, previously home to the American Idol Experience. The Premiere Theater is also used for other events, like Star Wars Weekends and Disney’s Magic Music Days. So if it is removed as part of the re-branding of that area of the park, they would need a replacement.

The new black box theater will hold approximately 1,000 guests and be flexible enough to hold a variety of shows and events. I’m a bit worried about the extra foot traffic it will bring to that area of the park, but there is plenty of space to hold that many guests in queue in what is now the off-stage area, so overall traffic shouldn’t be impacted too much except when shows let out.

In the meantime, expect to see more events hosting sessions in the Theater of the Stars, which also hosts Beauty & The Beast.

What do you think Disney will build where the Premier Theater is now? The long rumored Star Wars expansion, or something else?

Tags:dhsdisney's hollywood studiosmagic music dayspremiere theaterstar wars expansionStar Wars Landstar wars weekendstheater of the starswalt disney worldWDW
previousExotic Driving Experience at Walt Disney Speedway could close permanently
next10 things you can do to help save the environment on your next Walt Disney World trip