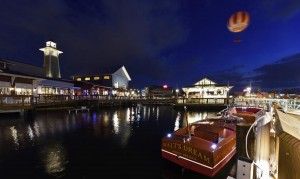 previousGrand Opening of The Boathouse Restaurant at Disney Springs