Disney adding Pinocchio to its list of Live Action Remakes 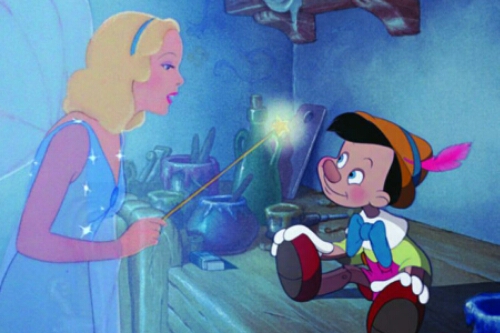 Cue the Blue Fairy. Pinocchio is about to get the Live-Action treatment. A writer has been hired to start development based on Disney’s 1940 animated feature “Pinocchio.”

According to Deadline, Peter Hedges has been hired to do the treatment. Among other projects, Hedges previously directed “The Odd Life of Timothy Green” for Disney based on his own script.

So far that’s all the news we’ve got. But it adds to a growing list of live action takes on Disney properties. We’ve already seen success with “Alice in Wonderland,” Maleficent” and “Cinderella.” Officially announced live action movies from Disney include “The Jungle Book” scheduled for a 2016 release and “Beauty and the Beast,” starring Emma Watson, arriving in 2017. Less firm, but believed to be in production include “Dumbo,” a film based on Winnie-The-Pooh characters, and “Mulan.”

Keep in mind that Disney is probably working ahead to make sure it has a good script from which to film and to have one solid release a year in the ‘remake’ category. Still it does seem like Disney really is mining their film library.

Which of Disney’s live-action remakes are you most looking forward to?