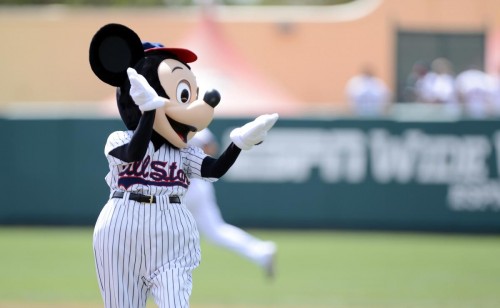 DraftKings, a sports fantasy website that provides fans a chance to win money with their fantasy teams, has just received a $250 million investment from the Walt Disney Company.

In return, DraftKings has reportedly agreed to drop $500 million in advertising on ESPN, which is also owned by Disney (in large part). In that case, it sounds like a sound investment.

Sports fantasy sites like DraftKings offer quick turnaround contests for cash prizes based on all major U.S. sports, including the NFL, NBA, and MLB. The company promises it’s “100% legal.” Which might be true based on the 2006 Unlawful Internet Gambling Enforcement Act. Fantasy Sports is considered a game of skill and given a specific exemption.

Disney’s investment in DraftKings makes one wonder how strenuously they’ll object to a proposed expansion of casino gambling in Florida, including sports gambling. In they past they’d lobbied hard against it, but with this support of internet gambling, future lobby efforts might ring a little hollow.

Do you think Disney should support online gambling or casinos in Florida?