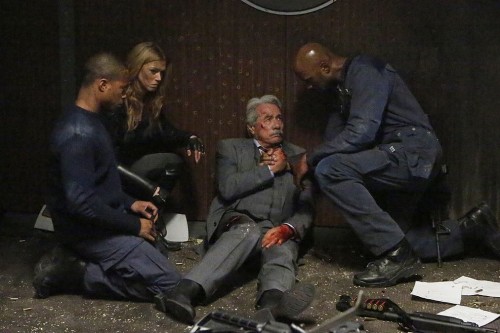 Bobbi loses to May, but not before she uses an EMP to shut down S.H.I.E.L.D.’s power. 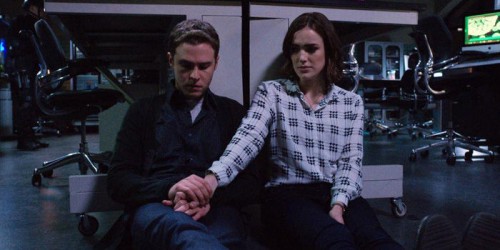 At the safe house, Skye gets a visit from Gordon who begins to offer both hope and the beginning of an explanation as to who and what she is. He offers to take her to his home, but she declines. I like the idea that she’s not creating earthquakes; she’s tapping into the natural vibrations of everything around her.

Back at the Playground, Gonzales and his team raid the base and take over. Gonzales and Coulson meet and Gonzales reveals that he and his team on the Iliad chose to restart S.H.I.E.L.D. because they were fed up with all of the secrets that Fury kept. Again, if actions speak louder than words, secretly placing double agents within Coulson’s team seems inconsistent with their stated goal of non-secrecy.

Fitz and Simmons are captured in the medical lab where they are reunited with Agent Weaver. They are, understandably, hurt by the betrayal but they still decide to help mend Mack’s wounds.

Bobbi figures out where they are keeping Skye and leads a team to retrieve her. In the meantime, May rescues Coulson and sends him out of the base via a secret elevator in his office.

Bobbi finds Skye, but Skye’s powers are let loose. Upset because of losing control again, she calls for Gordon, who appears and takes her away.

Coulson meets up with Hunter who has escaped from the carrier and pledges his allegiance to Coulson and S.H.I.E.L.D.

This episode felt a lot like the episode last season where Hydra took over. I am very interested in seeing where the rest of the season goes from here.