Go inside the world of DisneyNature Monkey Kingdom with conservationist Dr. M. Sanjayan 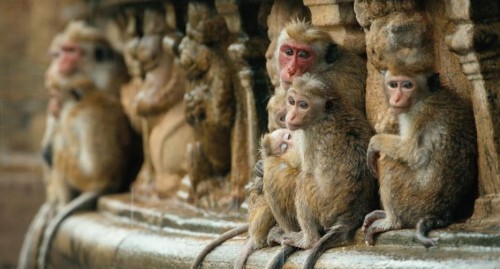 Dr. M. Sanjayan is a former lead scientist for Nature Conservancy and currently a VP of Conservation International. He travels the world helping conversationalists make the connections they need to save the planet.

DisneyNature invited Dr. Sanjayan to tour the world of it’s new film Monkey Kingdom as their ambassador. A portion of the first-week ticket sales will be put toward forest conservation in Indonesia, Cambodia, and Sri Lanka.

Life is an adventure for Maya, the clever and resourceful blonde-bobbed monkey in “Monkey Kingdom,” Disneynature’s new feature film set among ancient ruins in the storied jungles of South Asia. Maya’s world is forever changed when she welcomes son Kip into her complicated extended family. Like all families, Maya’s has more than its share of colorful personalities—and she’s determined to give her son a leg up in the world. When their longtime home at Castle Rock is taken over by powerful neighboring monkeys, Maya’s whole family retreats, and she uses her street smarts and ingenuity to uncover untapped resources amidst strange new creatures and unsettling surroundings. Ultimately, they will all have to work together to reclaim Castle Rock, where Maya can hopefully realize her dreams for her son’s future.