2017 will be the Summer of Disney movies 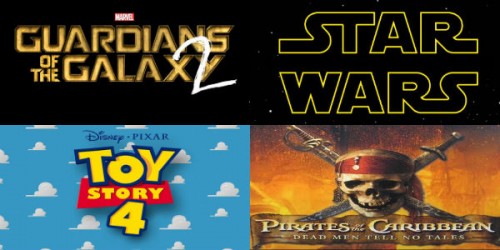 With the recent announcement of the release date for Star Wars: Episode VIII, it’s clear that Disney is going to own the box office during the summer of 2017.

Why do I say that?

Guardians of the Galaxy 2 recently got bumped to a May 5, 2017 release date.

Then Toy Story 4 is set for a release date of June 16, 2017. That’s three weeks following the Star Wars movie.

Finally, Pirates of the Caribbean: Dead Men Tell No Tales (one of the longest Disney movie titles ever) will hit theaters on July 7, 2017. Three weeks after Toy Story 4.

That’s four huge movies in the space of only two months. It’s quite possible that Disney could have all four movies in the top 10 box office at the same time.

The summer of 2017 will be a really good time to be Disney.

Which of the movies are you most looking forward to seeing? Or are you just going to do all four?