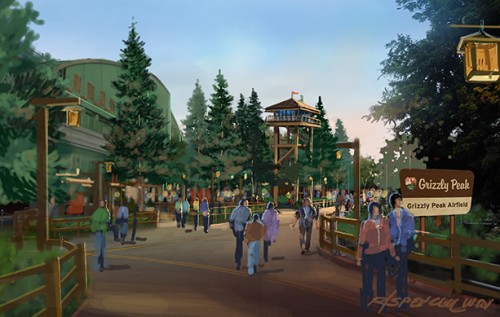 The makeover of Disney California Adventure continues. After a massive “place-making” exercise to remake the park, pretty much the only untouched land was Condor Flats. A few months ago that area too went under the Imagineer’s knife and later this month the first section will emerge with its new theme.

The new area will be themed to a forested area called “Grizzly Peak Airfield.” That expands the storytelling to tie the area into the Grizzly River Run.

Opening first is the Smokejumpers Grill in the former location of Taste Pilot’s Grill. Smokejumpers honors the brave firefighters who battle wildfires in California Forests. It will feature an updated menu with Burgers, Chicken sandwiches and more. 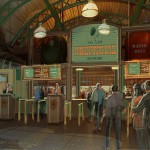 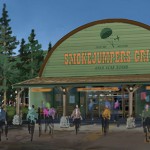 Work continues to retheme the exterior of Soarin’ Over California along with some interior updates on the screen and projection system. It is currently scheduled to open later this spring.

What do you think of the changes to this area? Are you glad they didn’t retheme it to the new Planes movies? I know I am.