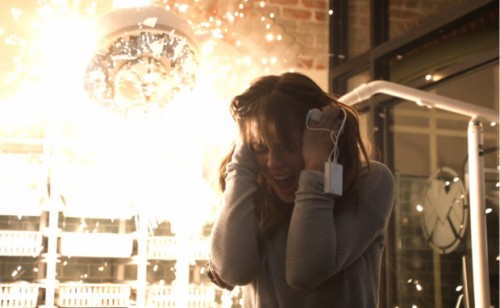 The back half of this season starts shortly after the front half ended. Skye is in quarantine until they can confirm that she’s OK. Simmons is back down in the temple getting it prepped to be destroyed, Coulson is ready to take out Hydra once and for all and everyone is mourning Tripp’s death in their own way. We then cut to the heads of Hydra who have come together to decide who will replace Whitehall. The original idea was to have Bakshi take over because he was being groomed for the role, but he’s missing (actually he’s in SHIELD custody). They decide that whoever can take down SHIELD will take Whitehall’s place.

Back at SHIELD, cracks are beginning to form in our team as Mack and Coulson butt heads which leads to a team wide argument that reminded me of a similar scene in The Avengers. The only thing missing was Loki’s glow stick of destiny. Eventually, the team calms down and Coulson begins to enact his plan to take down Hydra.

Meanwhile, Raina has escaped from the temple, but not before killing a few agents and being shot at by Simmons. She finds Cal and confronts him about her transformation. She doesn’t like her thorny new look but Cal has little sympathy, especially after discovering that Skye has been transformed as well and gone back to Coulson. He leaves Raina, telling her that he’s thinking about reconnecting with some of his friends that SHIELD has on their index in order to get revenge on Coulson and get his daughter back.

Coulson and his team have agreed to a prisoner exchange, offering Bakshi up to General Talbot and the U.S. Government, but on their way to drop him off, they are attacked. May and Coulson are both shot and a getaway car rides up to take Bakshi away. However, the whole thing is a set up. May and Coulson aren’t dead and the person driving the getaway car is Hunter. Hunter ends up taking Bakshi to the house where the Hydra leaders met. The real plan is then revealed causing all of the heads of Hydra to kill each other leaving no one left in charge. Of course, Hydra will rise again (Baron Von Strucker will show up on May 1, for example) but in one fell swoop, the writers of the show essentially said, “We’re not focusing on Hydra for the rest of the season. Now we’re focusing on the Inhumans.” 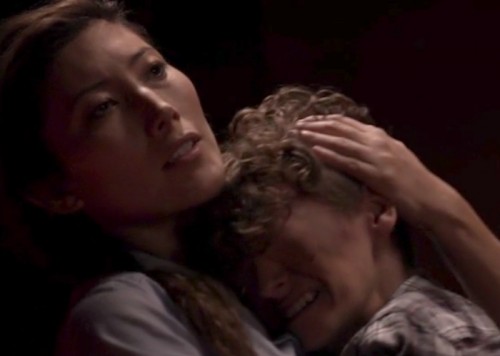 Back at SHIELD, Simmons is determined to eradicate whatever infected and completely changed Raina’s DNA for fear that it might be a plague. Skye, of course, knows that she has also been affected and Fitz figures it out too. He quickly goes to switch Skye’s new blood sample with her old blood before Simmons sees it. She looks at the test results and there’s a moment where you know she sees something fishy, but the moment passes and everyone celebrates that Skye can now leave quarantine. Fitz promises Skye that her secret will stay between them, at least until the emotions, especially Simmons’, calms down. And here we have what could be the beginning of people being divided over the issue of mutants….I mean Inhumans.

That episode ends with Raina being taken by Gordon, the guy with no eyes who we learn can teleport himself places and Bobbi and Mack using the remote control Lola that he gave Coulson to discover the location of Fury’s Toolbox that he gave Coulson at the end of last season. I really like that the toy car wasn’t just a one off gag, but that it serves a purpose in the story as well. I’m really intrigued by what these two could be planning.