What could the including of Spider-Man mean for the Marvel Cinematic Universe? 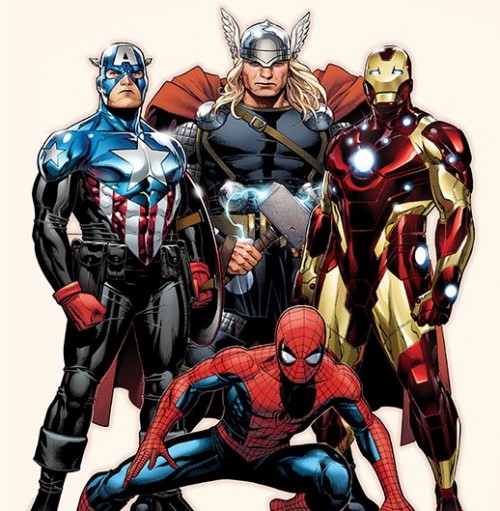 What could the inclusion of Spider-man mean for the Marvel Cinematic Universe? That’s the question that everyone seems to be trying to answer right now. I’ve seen headlines claiming everything from, “Spider-Man is taking his Civil War role back from Black Panther” to “The MCU Spider-Man may not be Peter Parker.” So what do we actually know?

Spider-Man is essentially on loan to Marvel from Sony for whatever MCU movie he shows up in. Sony still has all of the rights to the Webhead that they had before. That said, Kevin Fiege, who’s in charge of the Marvel Studios movies, will be collaborating with Sony on this “new direction” that Spider-Man will be going in.

We also know that there is a solo Spider-Man film slated for a July 2017 release, which has effectively pushed all of Marvel’s Phase 3 movies from 2017 onward back about six months to keep from overlapping with each other; the exceptions being the two Avengers: Infinity War movies.

And that’s all we know right now. Everything else is speculation. But, speculation is fun, especially when my favorite superhero is about to join my favorite movie franchise, so let’s speculate, shall we?

What MCU movie will Spidey appear?

As I said before, from the perspective of the comics, the logical choice is Captain America: Civil War. Spider-Man played a huge role in the story so it makes sense to bring him in here.

However, from a movie perspective, is it the best choice? The Civil War comic is a Marvel event. The Civil War movie is a Captain America movie, but it’s already starting to feel like Avengers lite. You’ve got Cap in the movie of course as well as Iron Man, Falcon, Black Widow, Black Panther, probably Bucky and maybe Hawkeye. That’s a whole lot of heroes for a movie that’s not an Avengers movie.

What are the other options? Well, Avengers: Age of Ultron and Ant-Man are both options, however unlikely. Guardians of the Galaxy 2 seems equally unlikely, so that leaves Dr. Strange.

Could Spider-Man be Watson to Dr. Strange’s Sherlock? Probably not, I just wanted to make a Sherlock reference, but it’s not inconceivable for him to be in the movie. Spider-Man has always done well in the comics when he’s teamed up with someone.

If Spider-Man isn’t Peter Parker, who would he be?

The next obvious choice would be Parker’s successor in the Ultimate line of comics: Miles Morales. After Peter dies, Miles takes up the mantle. The problem with that is that much of Miles’ motivation is fueled by how much he looks up to Peter. Of course, Marvel could just create a story where Miles Morales was bit by the spider and there was no Peter Parker, but, as someone else put it, “Peter Parker is where the money’s at.”

I’m excited about the potential that this has on the Marvel Cinematic Universe, but I’ll tell you one thing I don’t want to see: a third Spider-Man origin story.

What about you? Where do you think Spidey could show up and will he be Peter or someone else?