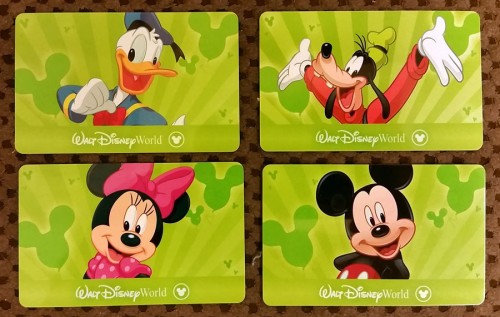 Forget the Star Wars land rumor, we’re hearing that the price of a one-day admission ticket to the Magic Kingdom may soon rise from $99 to $105 and the other parks will rise from $94 to $99. It seems amazing that tickets are that expensive. But let’s put it in some context.

When the park opened in 1971, the price of admission was just $3.50, of course you then had to buy a ticket book of A-E tickets in order to on rides, so it really cost more than that. In the late 1970’s this process was phased out and by 1982 were replaced completely with a main gate admission system, where attractions were free after you paid to get in. The price at that point was $13.25 a day.

The last time there was no increase was in 1988. Every year since then there has been one and sometimes two price increases a year. There’s no reason to expect 2015 to be the first year with no increase in 27 years.

In many ways a Disney theme park trip is still a good deal. Almost every visitor buys a multi-day pass where the real cost is as low as half the full price per day (lower if you buy an AP and visit more than 12 times a year). because of that, the high one-day price is really just a banner stuck in the ground saying, this is what we believe our value to be.

For $99, you can get in 10-12 rides, take in some world class entertainment, enjoy the benefit of MyMagic+ and Fastpass+, experience Disney’s one of a kind themed experience, and joy the unique brand of customer service you won’t find anywhere else. Plus, there’s that extra magic that Disney is so famous for.

Concerts, Broadway Musicals, good seats at the NBA or NFL, all cost as much, if not more than a Disney ticket and those experiences only last a few hours. At Disney you get 12+ hours.

Of course, Walt Disney World really isn’t in competition with your local NFL team or Katy Perry. They only have 8 home games and that super big concert only comes to town once or twice a year. Disney is destination entertainment. Their real competition is a trip to Paris, Cabo San Lucas, or the Virgin Islands. A family who decides their teenagers would rather visit Universal Studios for 4 days and Disney for just 1 or a family with young kids who decides to visit SeaWorld and Legoland instead of Animal Kingdom and Hollywood Studios.

This is the area of competition that has me worried. $100+ a day is a large enough amount that it will have families rethinking their choices and make those alternatives that much more attractive.

The story Disney wants to be picked up by the media is that the investment in MyMagic+ and Magicbands will help overcome any trepidation to opening that checkbook for the next family trip. I have no doubt, Disney’s internal numbers tell them this is true. In my circles, however, there is a significant group of guests who are upset with the changes and don’t like this more regimented Fastpass+ experience. These are repeat visitors upset that the Disney they came to love has been discarded for this new version.

The supply of first time visitors is not endless. Eventually Walt Disney World will have to do more to really capture the repeat visitor. Those families who may have visited once or twice in the last 5 to 10 years will need a reason to choose WDW on their next Orlando trip. Universal Orlando has made its argument with Harry Potter & Transformers (and soon King Kong). Right now Disney only has Avatar-land in the works.

They could open more of the MyMagic+ bag of tricks for sure, and I hope they do, but I think most people are expecting something huge related to Star Wars, a real presence from Pixar in the parks, and lots of new shows and entertainment that Disney is famous for. Technical wizbangs are cool, but they are not Disney magic, and they’re easily replicable. Unlike an E-Ticket ride, the capital improvements aren’t seen by the guest. They just see a cheap plastic wristband. Immersive Imagineering at its best is seldom matched (save by former Imagineers as it turns out) and is at the core of the Disney experience. Would I pay $105 a day to see it? That’s the big question.

previousThe Force finally arrives on Disney Cruise Line with Star Wars theme events on select cruises
nextWhat could the including of Spider-Man mean for the Marvel Cinematic Universe?