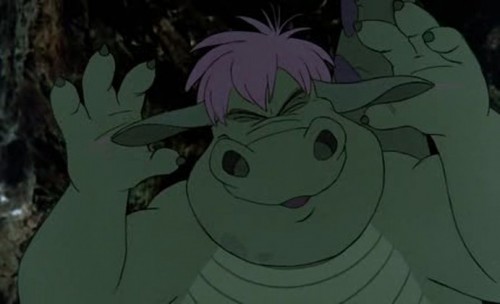 We knew Disney was remaking “Pete’s Dragon,” the 1977 Disney classic, but as the show goes into production in New Zealand, we learn some other big names and new details. The new version will blend live action and CGI to tell the story of the special bond between an orphaned boy, Pete, and his best friend, Elliott, who just happens to be a dragon. The film is scheduled to be released in U.S. theaters in August, 2016.

The film stars Bryce Dallas Howard (“The Help”) as Grace, a park ranger who discovers the existence of Elliott; 10-year-old Oakes Fegley (“This is Where I Leave You”) as Pete; Wes Bentley (“The Hunger Games”) as Jack, a local mill owner; New Zealand native Karl Urban (“Star Trek Into Darkness”) as Jack’s brother, Gavin; Oona Laurence as Natalie, the young girl who befriends Pete; and Oscar winner Robert Redford (“Captain America: The Winter Soldier,” “All the President’s Men” among many other roles) as Grace’s father.

“Pete’s Dragon” is directed by David Lowery (“Ain’t Them Bodies Saints”) and produced by Jim Whitaker, with Barrie Osborne serving as executive producer. The screenplay is by Lowery and Toby Halbrooks. WETA Digital, the visual effects company founded by filmmaker Peter Jackson based in New Zealand, will utilize the latest in digital effects to bring the dragon, Elliott, to life.

“This is a story about how magic can enter one’s life and change the way they see the world. And I think David Lowery is the perfect director to bring this project to life,” says Whitaker.

The production begins shooting in and around Wellington before moving north to the Rotorua area, and will complete principal photography in the South Island communities of Tapanui and Invercargill.

“New Zealand has long been a wonderful partner for film production. Wellington’s state-of-the-art facilities and filmmaker-friendly community, in particular, make it an ideal location to shoot and be based out of,” says Osborne.