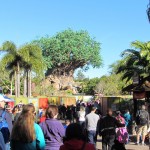 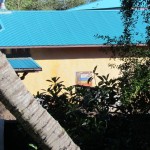 Construction on your right as you cross bridge onto island. Looks to be utility work going on 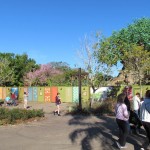 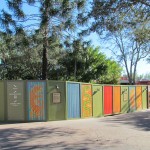 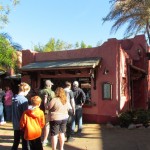 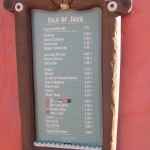 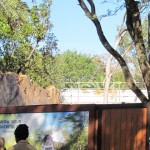 Harambe Village is getting an Africa Marketplace 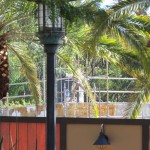 Plants have been added and buildings are getting themeing treatements 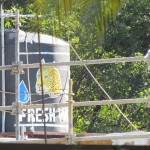 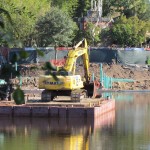 Rivers of Light will require major changes in area between Asia and Dino-Land. Terraced viewing areas, 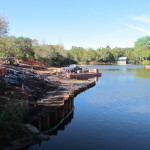 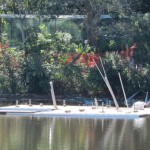 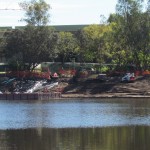 Work on the dino-land side is progressing 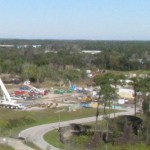 DAK appears to be using this area behind Asia as a staging ground for construction vehicles, but is that some cleared land I see in the back? Australia?

While I wasn’t able to get good photos of the Avatar construction at Disney’s Animal Kingdom. The project has really gone vertical. The large show building that will eventually house the four-theater ‘flying’ banshee attraction is getting framed out in steel beams. Structures that will become the floating rocks and cliffs that hide the show buildings are also going up. Here’s a screen-cap from that recent drone video (which has now been taken down). It was announced by James Cameron that the first sequel for Avatar won’t be debuting in theaters in 2016 like originally intended. Instead it will debut sometime in 2017. That means, in theory, Disney’s theme park land based on, at least in part, the sequels could open before the new movies are even seen by audiences? Hopefully there won’t be too many spoilers.

Which construction project at Disney’s Animal Kingdom has you the most excited?