Marvel News Round Up: Comics Edition With Agent Carter taking a break this week, I thought we’d turn to the comics to see what Marvel has been up to lately.

First off, Marvel introduced a new S.H.I.E.L.D. comic title that stars Agent Coulson. And, while the comic doesn’t take place in the Marvel Cinematic Universe, it does introduce characters like Agent May and Fitz-Simmons to the main Marvel universe. What I love about this title (aside from getting more Agent Coulson) is that, though there is an over-arching mystery to be solved, each issue tells a self-contained story. 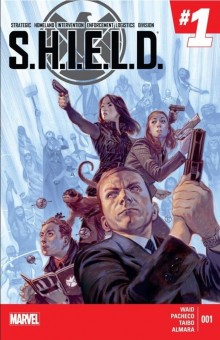 Marvel also kicks off the year of Star Wars by releasing the first of three Star Wars titles. Star Wars #1 hit shelves last week, reuniting us with some of our favorite characters. Next month begins the Darth Vader series and after that comes the Princess Leia series. For now, they all take place in between Episodes IV and V just after the destruction of the Death Star. The art is good and they nailed the characters perfectly. I could hear their voices in my head as I was reading it. 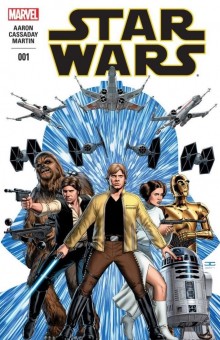 I’m looking forward to following both of these series.

If you thought that Disney’s synergy couldn’t go any farther, between the Disney Kingdom series, Star Wars, S.H.I.E.L.D. spin off and ESPN documentaries, just wait.

This week on Twitter, Marvel has begun to tease a new project: 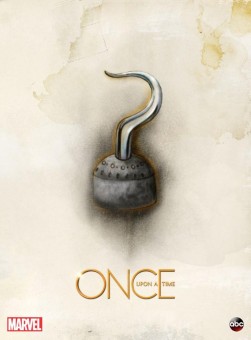 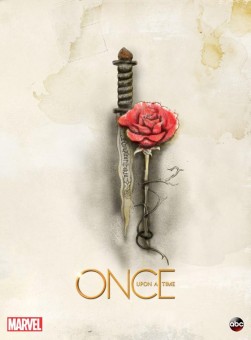 Yep. It looks like Marvel is about to tackle Storybrooke. This isn’t the first time Marvel has released a story based on Once Upon A Time. Back in 2013, they released a stand alone graphic novel called, Once Upon A Time: Shadow of the Queen but I wonder if this time they will introduce an ongoing series.