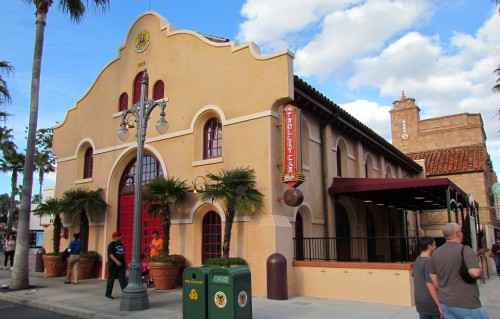 Since we were in Disney’s Hollywood Studios to check up on the hat, we were kinda of hoping Starbucks would be open a bit earlier than predicted. Well, the walls were down, but the shades were still drawn and the Starbucks logo covered. Looks like it really could be February before this location opens. 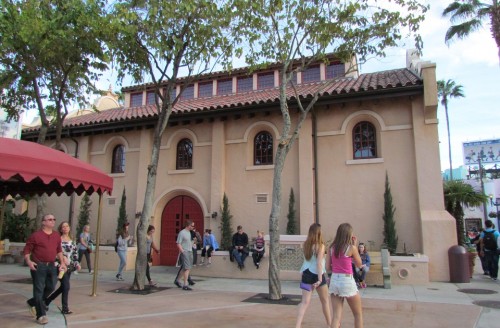 We were able to get another peak inside the windows which also gave us a better feel for how the location will operate. 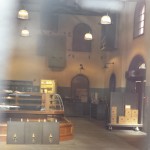 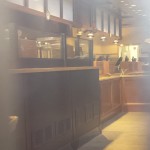 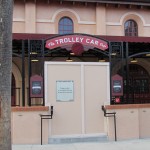 The main entrance will be off Hollywood Blvd via the ramp or small stairway. Once inside you’ll find a similar layout to Main Street Bakery in Magic Kingdom with two sides to order from and a baked goods case in the middle.

The interior is themed to a renovated repair shop for a red-car trolley. Like the there is no room for tables inside, but there may be some places to rest your drinks outside.

When will it open? If you look closely you can actually see that they’re stocking the location. Yes, there will have to be some training, but they should be able to bring over employees from the other Starbucks locations on property to get going while training new cast members as needed.

With Starbucks opening right across the street, do you think Disney should keep the Starring Rolls Cafe?