Something is devouring the Sorcerer’s Hat 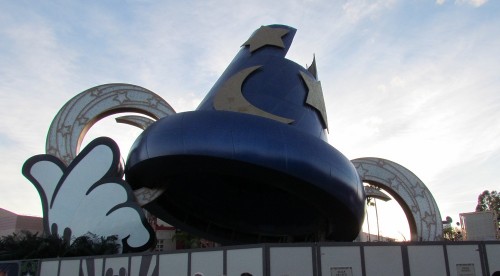 Like nearly everyone in town, I took a trip to Disney’s Hollywood Studios this weekend to see how much of the infamous Sorcerer’s Hat has been devoured. Turns out, they’re just getting started.

While we’re waiting for Hollywood Blvd’s classic vista to be restored, we can track the removal of the Sorcerer Hat. It’s fun for everyone.

Everyone wants to know if they’re going to save the hat and rebuild it somewhere else. I think there’s evidence that they’re saving at least part of it. The very top of the hat is sitting very nicely preserved right to the side of the hat. Keep in mind the hat was built to withstand 150 MPH winds, so there’s some serious infrastructure involved. If they were going to rebuild it somewhere, they’ll have to rebuild that too. 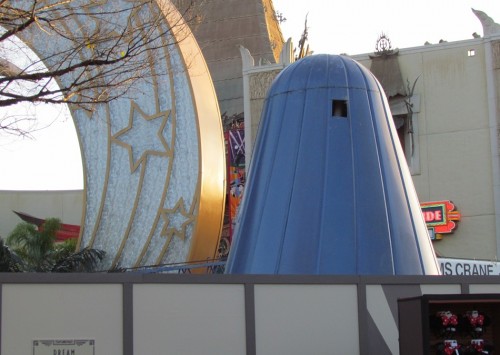 If they were to rebuild the Sorcerer’s Hat somewhere, where would you put it? Doesn’t even have to be in Disney’s Hollywood Studios.

2 thoughts on “Something is devouring the Sorcerer’s Hat”