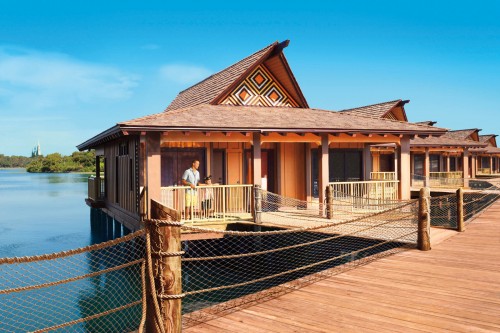 With both the Contemporary and Grand Floridian getting Disney Vacation Club exclusive extensions, it was only a matter of time before the “worst kept secret” made its way to the Polynesian too. Unlike the other two projects on the resort monorail loop, there is no new dedicated wing, instead there will be remodeled rooms and new bungalows that are perched out over the Seven Seas Lagoon.

We have watched as the Bungalows were constructed, but we finally have a better idea of what they’ll look like, what the floor plan will be, and what a stay will cost. 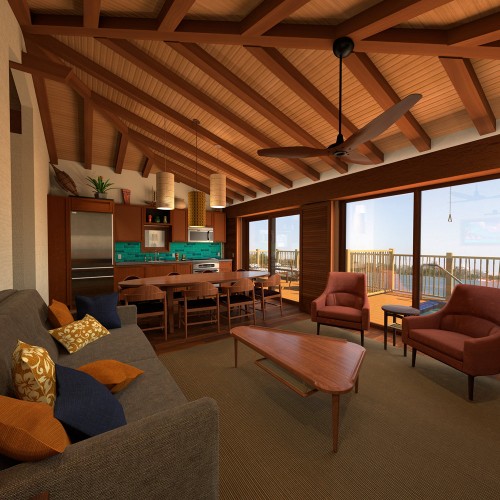 Each of the 20 Bungalows will sleep 8 in 1093 sq. ft pacific island design themed luxury. But it’s a tight floorplan with 4 of those beds either murphy or pullout beds.

Since swimming in the lagoon is not allowed, private desks will feature plunge pools, which will be perfect for observing the Magic Kingdom Fireworks and Electrical Water Pageant. Members will also be able to enjoy the Polynesian’s newly remodeled pool. 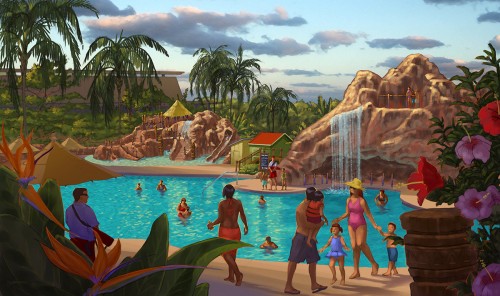 Disney is positioning the bungalows as luxury living and they’re priced accordingly with nightly stays ranging from $2,137 to $3,040 for those who want to pay cash instead of DVC points.

Existing DVC Members can start to buy points on Jan 12 and it will open to new sales on Feb 9.