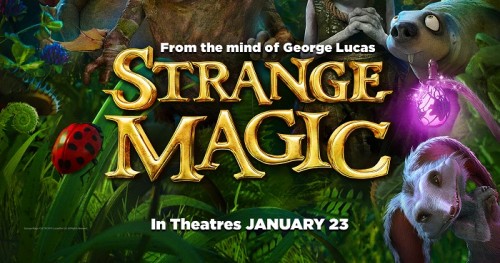 The story is a madcap fairy tale musical inspired by “A Midsummer Night’s Dream.” Popular songs from the past six decades help tell the tale of a colorful cast of goblins, elves, fairies and imps, and their hilarious misadventures sparked by the battle over a powerful potion.

Here’s a look at the cast and creatures of the film that also serves as a great introduction to the film:

Do you plan to see “Strange Magic” in theaters? Look for it beginning January 23rd.