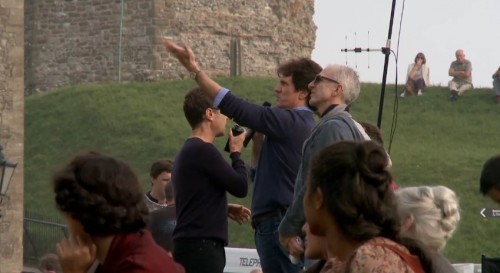 Clocking in at over 8 and a half minutes, this new featurette looks at the how the Stephen Sondheim musical was transferred from stage to screen.

“Into the Woods” premiered on Broadway on November 5, 1987, at the Martin Beck Theatre. The production, which ran for 764 performances, won Tony Awards for Best Score, Best Book of a Musical and Best Actress in a Musical. Among other awards, the musical received five Drama Desk Awards, including Best Musical.

Even today story works as a fairy-tale for the modern-era focused on how coming together as a community can help over coming obstacles, but changes needed to be made to advantage of the larger canvas a movie provide.

After opening on December 25th, “Into the Woods” has already earned $91 million at the domestic box office against some very tough competition. With most international audiences yet to see the film, it still has some serious earning potential ahead of it.

What was your favorite part of Disney’s Into The Woods?