New Clips from Disney’s Into The Woods 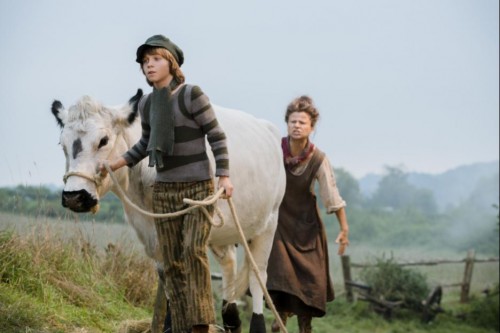 Jack and the Beanstalk (Daniel Huttlestone)

We’re just a few days away from the release of Disney’s Into The Woods. Two new clips from the twisted musical fairy-tale have just debuted online and we have them for you.

Something In Between is a little bit of dialog between Cinderella (Anna Kendrick) and the prince (Chris Pine). It comes during the film’s darker moments:

In this clip Jack (Daniel Huttlestone) and Jack’s Mother (Tracey Ullman) decide to sell their cow for five pounds:

The clips are from New Zealand, where the film opens Jan 8, but you can see it in the USA on December 25th.