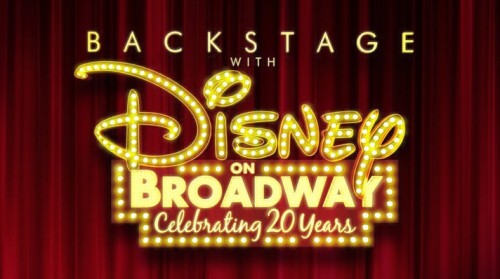 Hard to believe it’s been 20 years since Disney opened its first production of “Beauty and the Beast” on Broadway. Since then it’s successfully brought 11 productions to the Great White Way, not all of them based on classic Disney animated features either.

Disney will be celebrating with a special show on ABC that airs this Sunday, December 14th. “Backstage with Disney on Broadway: Celebrating 20 Years” will be hosted by Jesse Tyler Ferguson, the one hour special will take viewers on a journey through the creation of Disney’s Broadway musicals. Along the way, there will be new interviews from the stars and professionals who brought the shows to life.