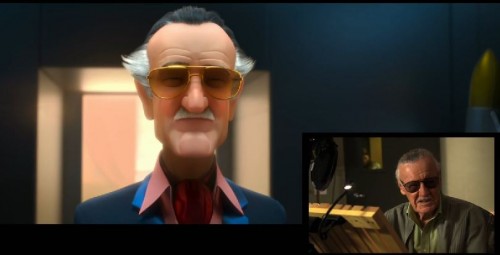 If you left before the end credits of Disney’s Big Hero 6, then you missed out on one of the best cameo appearances by Stan Lee in a Marvel movie, perhaps the best ever. While Big Hero 6 was technically a film from Walt Disney Animation Studios, it was based on a Marvel comic, hence the Stan Lee tie-in:

Missed the big moment? Next time, stick around after the credits on every Marvel film. There’s always something fun.