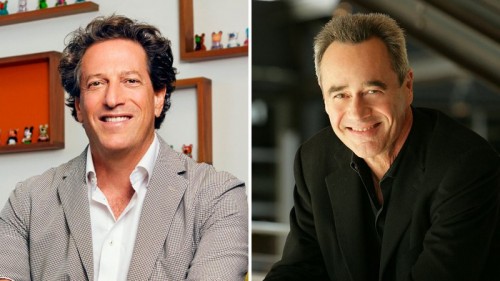 “We’re fortunate and proud to have an abundance of strong creative leadership at Disney, and Andrew and Jim are two incredible talents that embody the perfect blend of business and artistic focus,” said Catmull. “Not only have they done so much to ensure each of their studios is operating at peak condition, they continually push their teams to new heights of creativity, storytelling and innovation.”

Industry insiders have generally good things to say about both Millstein and Morris and their leadership ability.

As Executive Vice President and General Manager for Walt Disney Animation Studios, Millstein has guided the division through a creative resurgence. Under Millstein’s watch, the studio released the Academy Award-winning Frozen, the highest-grossing animated film of all time, as well as Tangled, Wreck-It Ralph and, most recently, Big Hero 6. Millstein joined Disney in 1997 as a production executive in the Motion Pictures Group and prior to his current role worked as General Manager of Dreamquest Images and The Secret Lab, Walt Disney Animation Studios’ digital division.

“Andrew’s leadership has been a major factor in the renaissance of Walt Disney Animation and we’re excited to see what wonderful films and technological advancements continue to emerge from that group under his leadership,” said Catmull.

Morris was previously General Manager and Executive Vice President of Production for Pixar Animation Studios, overseeing production of features, shorts, DVD content and theme park activities in addition to Pixar’s Studio Tools, Systems, Development and Human Resources. Pixar has had an unprecedented run of success with 14 straight #1 openings at the domestic box office, and in addition to managing the day-to-day operations and production at the studio, Morris also produced the Academy Award-winning feature WALL•E. Prior to joining the Pixar family, Morris was President of Lucas Digital LTD., where he managed both Skywalker Sound and Industrial Light and Magic, which created the visual effects for notable films such as Jurassic Park and Forrest Gump.

“I’m continually impressed by Jim’s business and creative acumen,” said Catmull. “He truly understands film production inside and out, and his management of Pixar allows its culture to continually grow, explore new areas and technology, and advance new ways of storytelling.”

Both Millstein and Morris will continue to report directly to Ed Catmull.

previousMarvel and Disney 5 years on
nextAgents of S.H.I.E.L.D. recap: S2E8 The Things We Bury