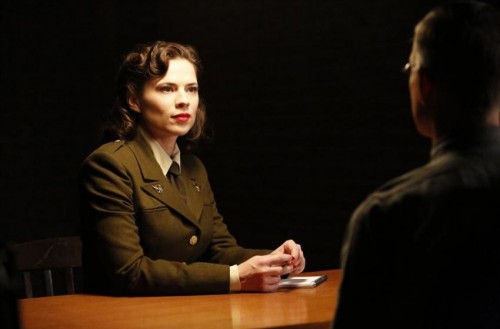 This week’s episode is by far the busiest and the darkest episode to date. There were five storylines to follow, which may have been too much, with each one crossing paths with the others throughout.

Coulson, Skye, Tripp and Fitz begin their search for the mysterious city which takes them from Hawaii to Australia.

May, Simmons, Hunter and Bobbi are back at the Playground trying to figure out who Daniel Whitehall really is. Hunter and Bobbi work on breaking down Bakshi in the interrogation room while May and Simmons look through old SSR files (which allowed for some more great flashbacks with Peggy Carter).

The bad guys are also trying to find the city as Skye’s dad returns to help Dr. Whitehall. Dad ends up in Australia as well and he and Coulson have an incredibly tense conversation while Tripp’s life is on the line.

Meanwhile, Ward has found his brother and taken him back to the infamous well where their other brother almost died. After seeing him this week I am convinced that Ward’s mind is a bag of cats. Especially after what he does to convince Dr. Whitehall to let him work for Hydra.

I don’t think that he’s become loyal to Hydra. I think he’s still trying, in his own twisted way, to make good with Skye.

We also learned who Skye’s mom is and more of what the purpose of the Diviner is.

In two weeks, we’ll get to see the mysterious city and hopefully see what, if any, connection it has with the Inhumans.