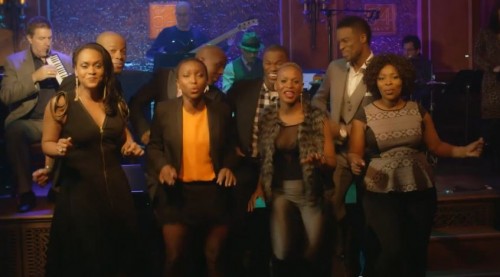 The cast of Disney’s The Lion King on Broadway have been making a name for themselves online with their viral performances on airplanes and subways. This time they’ve retired to a more private setting of Broadway’s Supper Club 54 Below in New York to perform a new acoustic rendition of “The Lion Sleeps Tonight.”

Would you like to hear more from Disney’s talented Broadway performers?

previousEnjoy the New Trailer and “Magic Posters” for Disney’s Into The Woods
nextEpisode VII has a name — Star Wars: The Force Awakens