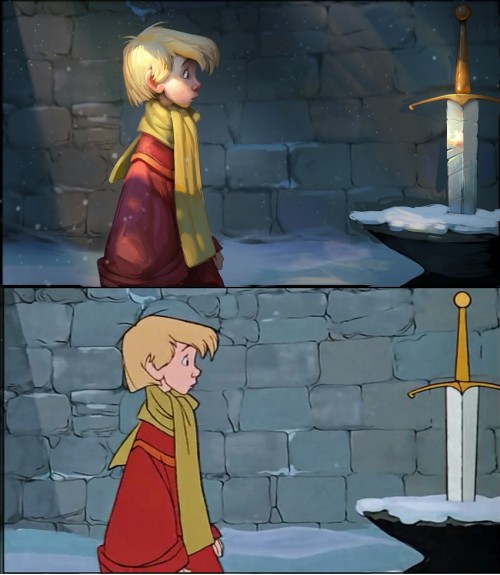 Tyson Murphy has been working as a digital artist for about five years. He likes to start interesting projects to keep up his skills, such as photoshop editting, painting techniques, and light play. While working on his technique, Murphy decided to grab a screenshot of a Disney classic as a test and see what he could do with some painting and lighting changes. The result is something you have to see to appreciate. 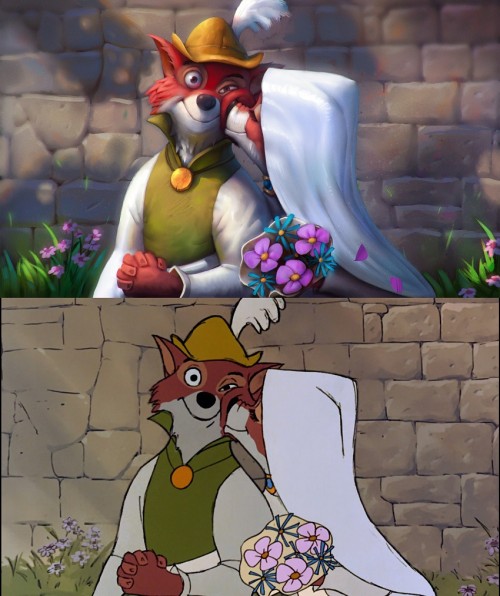 Murphy says he would definitely like to do more of these Disney animation paintovers, including experimenting with actually animating one a little bit in the future. He does not intend for these to be seen as improvements on the originals. But they’re definitely something different.

The 101 Dalmatians one below, reminds me a lot of the new painterly techniques we’ve seen in some of Disney’s recent animation, like Tangled and Paperman. In case you wondering, Murphy’s favorite Disney animated feature is Treasure Planet! A brave choice, I must say. But really one of the under appreciated modern animated features from Disney.

Find more from Tyson on his blog. Which of his three paintovers so far do you like the best?