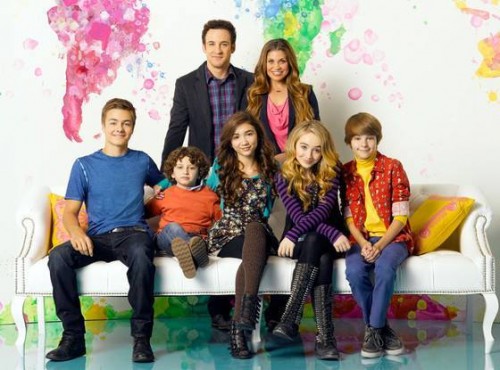 As I’ve said many times before, I am part of the generation that experienced the golden age of Disney Channel programming. That’s So Raven (being my favorite show of all-time), Lizzie McGuire, Suite Life of Zack and Cody, Hannah Montana…we had some great shows. The common thread they all carried, however, was that they all carried a MESSAGE! They weren’t strictly comedy. While some tried to carry a message in later shows (Shake It Up, for example), they didn’t do it as effectively as the shows I grew up on and learned from.

Now, we have a show that hearkens back to not only the amazing “humor for everyone” that That’s So Raven so brilliantly executed, but it also provides heartwarming messages that kids and families alike can take with them and learn from. That show is Girl Meets World.

I watched the premiere out of sheer curiosity during the summer, as I never was a big fan of Boy Meets World (I was a fan of Topanga’s name though, because how can you not?) and I enjoyed it, but I didn’t understand the hub-bub. If this was anything like Boy Meets World, I didn’t really understand what was so beloved about it. I stuck around, and wow, was I sucked in. The humor was excellent, the chemistry is the best I’ve ever seen on any sitcom, frankly, and the stories are sweet and heartfelt, even teaching me life lessons that I can utilize in everyday life.

The most recent episode, “Girl Meets Flaws,” was a brilliant way to portray the bullying subject, but also being a lesson to EVERYONE, not just ones who verbally abuse others. Everyone has things they hate about themselves, everyone has problems overcoming them, but everyone has the ability to work towards facing their “flaw,” staying true to themselves, and loving life. The way the episode tackled Farkle being bullied, while still creating very humorous moments (“I will jack you up, son” is now what I want etched into my tombstone) that had me dying from laughter.

If you are a kid, teen, college student, adult…whatever, I ask that you give the show chance and watch one episode. I encourage you to make it a family viewing, bring everyone into the living room, pop some popcorn, and 30 minutes of family time, watching, laughing and loving. I’m 18 and it is my favorite TV show airing right now, and y’all, I LOVE Scandal, so that’s saying something.

Girl Meets World has an uber-weird schedule, but usually, it is on every Friday at 8:30pm on Disney Channel.

Side Note/Shameless Plug– I came up the crazy idea to get myself on the show, because it is my favorite thing in the world. I know it is a crazy thought that it would work, but I’m still sticking by it. If you feel like helping me out, go on twitter and use #MarshalOnGMW in whatever things you tweet, no matter the subject. Feel free to tag @GMWWriters, @DisneyChannelPR or any cast members to show our movement even more. I’d really appreciate any help you could give to my crazy idea.