Petition to return a lost tombstone to the Haunted Mansion 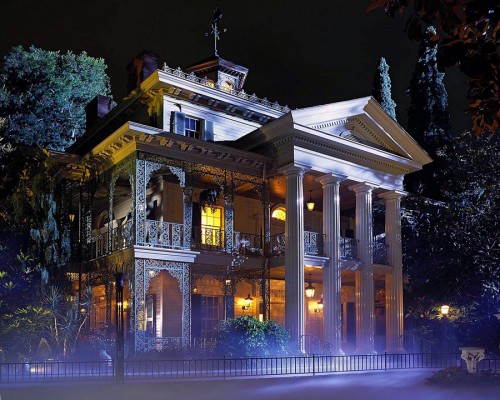 I don’t talk about him too frequently, but I am proud to have as my grandfather one of the early Imagineers at WED Enterprises. Vic Greene had an impact on a lot of projects, but one that’s near and dear to my heart is the Haunted Mansion.

He was essentially the head architect for the Disneyland mansion. I have a copy of the blue print for Disneyland’s Haunted Mansion that bears his name. (I also have a Mickey Mouse watch of his that Walt gave to all to all the Imagineers after Disneyland opened.) But sadly, he did pass away when I was three. I never really knew him, but by learning more about him from his family and his co-workers, plus experiencing the attractions he helped to create, I do feel closer to him.

In that spirit, I would like to put forth a request, a petition really. When the Haunted Mansion first opened at Disneyland, it had a graveyard with a number of humorous tombstones. They were clever tributes to the Imagineers who worked on the project, sort of like a list of credits. Vic Greene had a tombstone among the others and Ghost Relations Department blog has the blueprint for it. 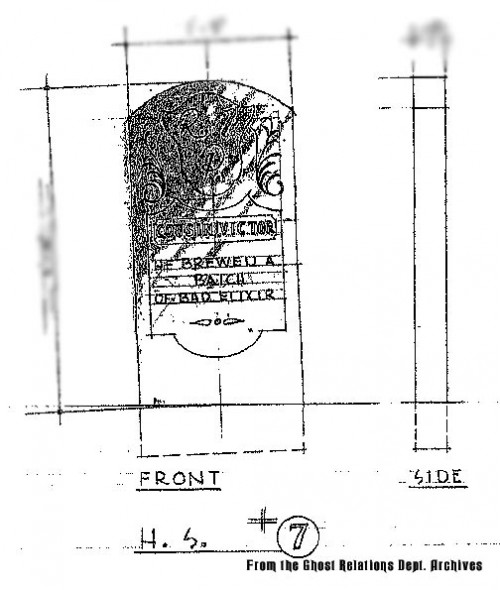 RIP
Cousin Victor
He Brewed A
Batch
of Bad Elixir

According to Ghost Relations,

“Cousin Victor is actually a play on the name of Imagineer Vic Greene. Vic Greene oversaw many architectural projects in the parks as a land planner and also a draftsman for many key locations within the park. Vic was also the Art Director for Disneyland’s Jungle Cruise. His main contribution for The Haunted Mansion, both at Disneyland and Disney World was the overseeing of architectural elements both outside and in.”

I don’t know when the grave marker was removed from Disneyland, but what I was told was that after he died in 1972 from cancer, his widow asked that it be removed to lessen the pain the family felt. I totally understand and respect that.

It has now been 42 years and a new generation of Vic’s descendants are enjoying the parks. I think they should get to see his credit restored to the Haunted Mansion at Disneyland, and added to the Magic Kingdom edition’s new expanded graveyard, where Vic led the Imagineering efforts to finish Walt’s dream in the last 60s and early 70s including work on the Haunted Mansion there as well.

One day I’d love to have either a nice lithograph of the blueprint or a photo of the original in place at Disneyland (as far as I know, only a fuzzy screen capture from the Osmond’s TV special exists). But really, I’d like to see his name restored to the attraction’s credits.

I’m not asking for names, this is a petition in the sense of petitioning the court for justice. Someone at Disney can make this happen. What do you think? Who knows who I need to contact at Disney to make this idea a reality?