Disney Imagineer reveals what it was like to be gay and work for Walt. 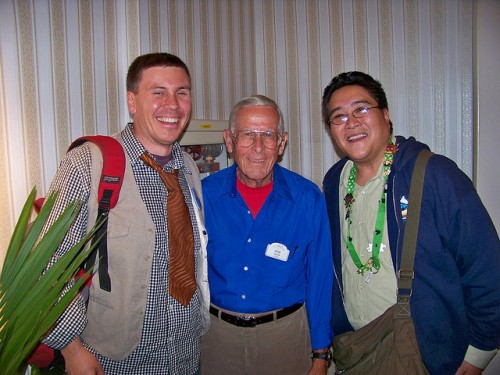 At the recent Gay Days at Disneyland, Imagineer Bob Gurr spoke at a special D23 chat titled, “An Intimate Conversation With Disney Legend Bob Gurr.” He also gave an interview to the website Goweho.com where he talked about what it was like to be gay in Walt’s world.

Turns out, no one cared.

Gurr wasn’t out of the closet while he worked at Disney. But many of his co-workers either knew or suspected his orientation and that Walt just didn’t care.

“In the middle of that working at Disney studios, everybody was so focused on getting what Walt wanted done, nobody was interested in anybody else’s sexual orientation. They just weren’t,” said Gurr.

“Walt certainly was never interested. The only time he was concerned was if a guy came back from lunch after three martinis and they weren’t doing too well on a storyboard, then he would say something, but other than that he was just not interested.”

Learn more about Bob Gurr’s amazing career in his book “Design Just for Fun.” Unfortunately, both editions are sold out. So you’ll have to find a copy on someone’s shelves or pay through the nose online.

1 thought on “Disney Imagineer reveals what it was like to be gay and work for Walt.”

previousWould you watch if ABC revived LOST?
nextDisneyland Paris survives to live another day thanks to investment from TWDC