It’s premiere week, so I’m here to give you “speedy reviews” of all the new ABC shows premiering this week. Next up, Black-ish.

Plot: Andre (Anderson) thinks his middle class African-American family is ignoring their culture and background a little too much for his liking. Starting with his son going to try out for field hockey over basketball, then his want for a bar mitzvah and his childrens’ apparent lack of knowledge that Obama is our first black president, it befuddles him. This starts discussions of race perceptions, all in a humorous tone.

My Thoughts: This has the best chemistry of any ABC pilot this year. Anthony, Tracee (LOVE seeing her in a new show), Laurence, and the kids all so comfortable and so believable in the show. Now, I know the content may scare some away as the “Is this offense?” question may arise for some, but I thought it was good. Not great, but good. It has lots of potential, especially more than some of the other pilots (you’ll get THOSE thoughts later). I will be sticking around, but I’m not sure how long.

Blackish premieres tonight at 930 pm (after Modern Family) on ABC. 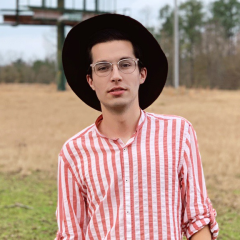 Marshal Knight is a Disney lover, entertainment junkie, (impromptu) Country music singer and Root Beer connoisseur who really misses "Bunheads". He is very active on multiple social media sites, including twitter as @Marshal_Knight (twitter.com/Marshal_Knight) and Instagram as @MarshalKnight (instagram.com/MarshalKnight) View all posts by Marshal Knight
Skip back to main navigation