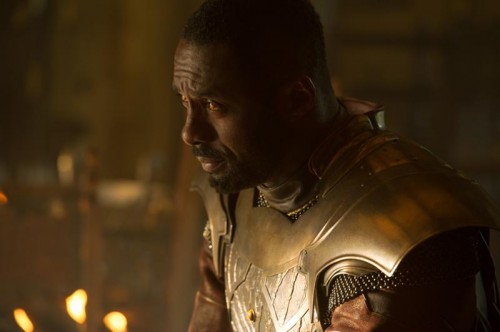 Idris Elba took to reddit for an Ask Me Anything (AMA) session where he fielded fan questions about his role including his role as Shere Khan in the upcoming The Jungle Book and his role as Heimdall in the Marvel “Thor” movies. Included among the questions was his favorite Disney film, Mary Poppins.

Asked as to whether he prefers to play the villain or the hero, he said:

“I find villains way more compellin’ to unearth their psyche. Writers love writing for villains because they can get a lot more off their chest, and it just means a lot more stuff for the actor to do. But good guys are also a challenge, because if you don’t get the balance between being real and being, you know, a stereotypically good guy, your character can come across as corny. So each has its challenges, but I think being a bad guy has more.”

When asked about working as a voice actor in The Jungle Book, Elba responded:

“Yeah, I love voice actin.’ I think it’s a really interestin’ way to use an actor. I do a lot of voice-overs, whether it’s acting or commercials, stuff like that, and I really enjoy it. ”

Not clear if that’s just for Disney or for all voice acting. But I think he’ll be fantastic as Shere Khan.

In addition to his work for Marvel and Disney, Elba is reportedly up for consideration as James Bond when the current 007 steps down. That would be a terrific choice if you ask me. There isn’t any more Disney, but if you’re a fan of Elba’s work (and you should be), the rest of the AMA is a good read.