Batman vs. Superman vs. Star Wars

Last week, rumors began circulating the internet that a Batmobile had been stolen from the set of Batman v. Superman. Why am I talking about this on a Disney blog? Because director, Zach Snyder tweeted out this picture with the caption, “Case closed.” Notice who the culprit seems to be? 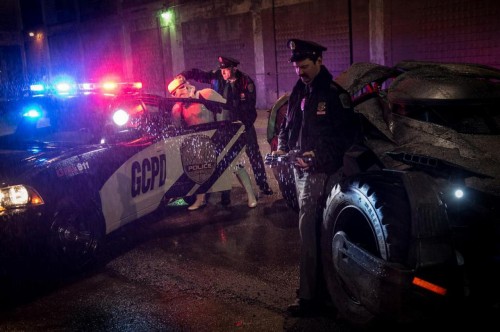 Everything seemed to be back to normal, but Abrams released a video yesterday of the Millennium Falcon from the Star Wars set. While it’s nice enough just to see Han Solo’s ship again, as you watch be sure to pay attention to the end (when the music changes) and you might catch a glimpse of the missing Batmobile.